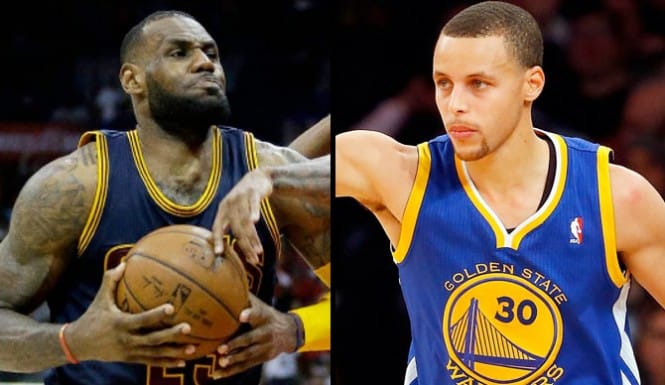 The NBA pretenders Atlanta and Houston are being eliminated by Cleveland and Golden State in the division NBA championships. Now it’s finally time for the show down we have all been waiting for ~ NBA MVP Stephen Curry versus all world LeBron James in an epic battle for NBA supremacy: Allen L Roland, Ph.D

It’s difficult not to get excited about the upcoming NBA finals between the Cleveland Cavaliers and the Golden State Warriors with their two respective superstars ~ Stephen Curry and LeBron James in a battle between the last two NBA most valuable players.

It’s David versus Goliath for this will indeed be high drama in a championship series which may well go seven games. Stephen Curry’s three point prowess and outstanding passing against the all-around proven ability and playoff experience of LeBron James ~ who seemingly wills his team to victory with his incredible ability to score, rebound and make assists when it counts.

Outside of Tim Duncan and Kobe Bryant, the 30-year-old James has logged the most playoff minutes (7,258) among active players ~ that total ranks 11th in NBA history.

Both teams have excellent bench players but Golden State has a distinct advantage with their first year coach, Steve Kerr ~ as a player a former 5-time NBA champion, winning three championships with the Chicago Bulls and two with the San Antonio Spurs. 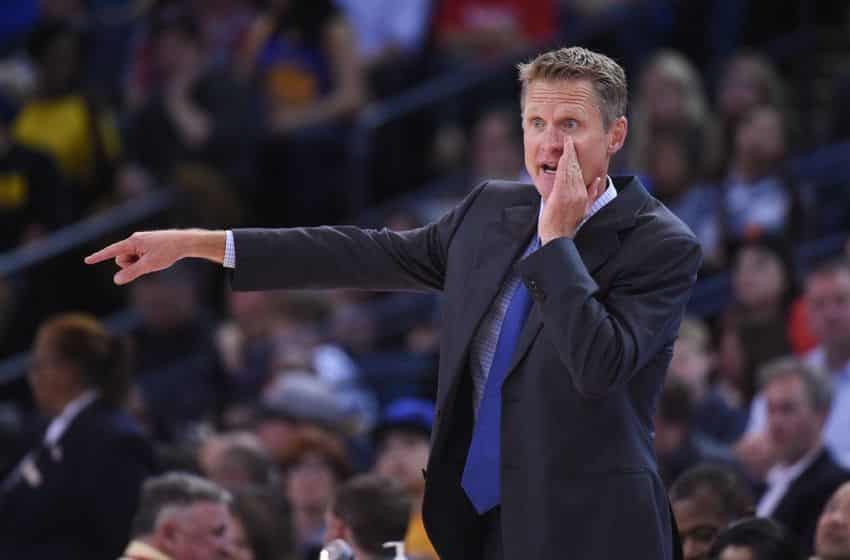 Kerr broke the NBA record for the most regular season wins for a rookie coach. Kerr was widely considered the favorite to win the 2015 NBA Coach of the Year but lost to Mike Budenholzer, head coach of the Atlanta Hawks.

Kerr’s coaching could well be the deciding factor in a series that will feature a duel between this year’s NBA MVP, Stephen Curry and last year’s MVP LeBron James who has won two NBA championships, four NBA Most Valuable Player Awards, two NBA Finals MVP Awards, two Olympic gold medals, an NBA scoring title, and the NBA Rookie of the Year Award. He has also been selected to 11 NBA All-Star teams, 11 All-NBA teams, and six All-Defensive teams, and is the Cavaliers’ all-time leading scorer.

LeBron became the first player in playoff history to produce a stat line of at least 37 points, 18 boards and 13 assists while defeating Atlanta in Game three of their Eastern Division championship. His greatness, court presence and game dominance can no longer be ignored. There are those who believe his time has almost come to dethrone Michael Jordan as the greatest basketball player of our time. As Shawn Windsor, Detroit Free Press, writes ~ “LeBron is Magic Johnson with a better jumper, better ball skills, more athletic ability and more power. And you’re telling me that player isn’t the best player ever?”

Stephen Curry, was selected with the seventh overall pick in the 2009 NBA draft by the Golden State Warrior. During the 2012–13 season, he set the NBA record for three-pointers made in a regular season with 272. The next season, Curry and teammate Klay Thompson set the NBA record for combined threes in a season with 484 as the pair were given the nickname the “Splash Brothers“. In 2014–15, Curry eclipsed his own record by knocking down his 273rd three-pointer on April 9, 2015, finishing the regular season with 286 three-pointers and was named MVP after leading the Warriors to a franchise-record and NBA-best 67 wins on the season.

The heavily anticipated duel between superman LeBron James and superstar Stephen Curry will make for great theater on this world championship stage ~ but Golden State’s home court advantage plus a stronger bench and Kerr’s playoff experience may make the difference in a stirring championship series which could well go seven games.

On the other hand, I have watched Michael Jordan in his prime win six NBA championships ~ but I am not convinced we have seen the absolute best of LeBron James as he attempts to win his third NBA world title. A deeply motivated LeBron James is obviously on a personal mission ~ and it just may lead to an individual level of play we have never before witnessed in an NBA Final.