Home World Who Put “Caitlyn Jenner” on a Pedestal? 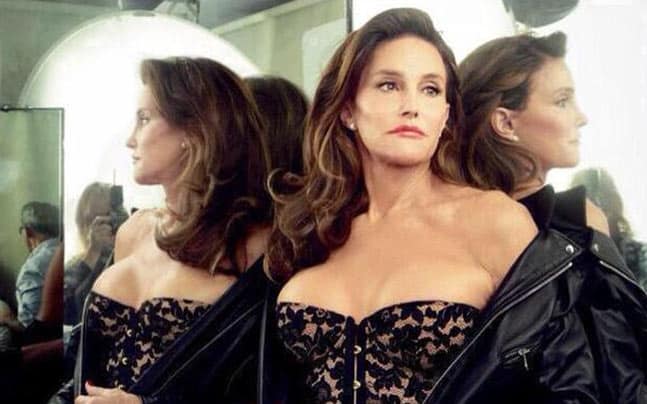 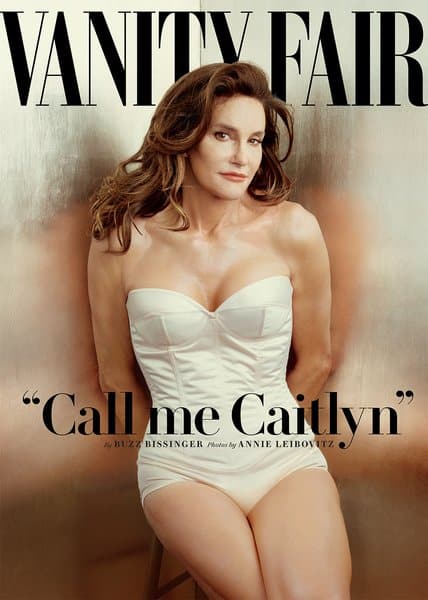 The Dreadful Few will never stop distracting people from focusing on essential issues such as economics and U.S. foreign policy and metaphysical issues such as the questions of origin, morality and destiny. The recent Bruce Jenner debacle is a case in point. But before we talk about Bruce, or “Caitlyn,” here is a two-day experiment for you.

On one day of the week, grab a microphone or camera and go to some of the major cities in America and even Europe. Start asking people some basic questions about the Middle East; ask them if they know any powerful force behind ISIS, the Syrian rebels/terrorists.

More importantly, ask them about the real jokers  who are playing with the political remote control in much of the West. The answer may surprise you. You will come to the inevitable conclusion that the media has done a great job brainwashing the masses. You will quickly discover why the Dreadful Few do not want people to know certain facts.

For example, Damon Linker of The Week declared last year that Jewish billionaire Sheldon Adelson is the real “puppet master of the GOP.”[1] Last month, the Atlantic came out with an article entitled, “A Guide to the Billionaires Bankrolling the GOP Candidates.” It argues that, among other things, Adelson is really the joker who is pushing the button.[2]

Both the New York Times and the Washington Post have made the same point.[3] If you still doubt this, then ask Jeb Bush. He has already been crawling on his knees, begging Adelson to support him:

“He [Jeb] added that when it came to supporting Israel, his father’s ‘record speaks for itself…’”[4]

George W. Bush, who ought to be behind bars for the rest of his natural life, is also coming out of the woodwork with his political ax, saying to the Republican Jewish Coalition things like making a deal with Iran is a bad move.[5]

What we are seeing here is that Adelson, the new joker on the block, would like to give America a better class of criminals. The money he had amassed probably from years of spreading prostitutions in places like China[6] is now being used to pay the GOP bill. Adelson was even accused of working with “organized crime figures” in the same region.[7]

“Macau is abuzz with the news that the investor Ng Man-sun—who has a controlling stake in a publicly traded company—was having dinner two weekends ago with a younger female companion at the restaurant in his own casino, when ‘six men rushed in and proceeded to beat the couple with hammers and sticks.’

“The woman was not seriously hurt, but Ng ended up in the hospital, and the Times noted, in the kind of detail that matters, that ‘Mr. Ng’s arms and legs were badly hurt but … the attackers had avoided hitting him on the head.’

“To those who know, that is the telltale mark of a ‘chopping,’ to use the triads’ vivid expression, in which a gang does a job on the limbs but leaves the victim alive (to tell the tale, pay the debt, etc.).”[8]

But not a single so-called Republican candidate asked how Adelson accumulated all that wealth. All they care about is money and power. For those puppets, working with organized crimes and spreading prostitution are not really the issue. In fact, in a capitalist society, who is to say that spreading prostitution is not part of “democracy” and “freedom”?

Last year, Adelson was also “the 11th richest person on the planet,”[9] which means that he has enough power to change things around.

Now, on the second day of your experiment, change the subject. Do not talk about Sheldon Adelson or Haim Saban or even the Dreadful Few. Start asking people about Bruce Jenner, Kim Kardashian, Kanye West, Taylor Swift, Beyonce, Iggy Azalea, Selena Gomez, Ariana Grande, Rihanna, Megan Trainor, and you will quickly find out that no breathing entertainer or performer escapes them.

We should again congratulate the media for sophistically brainwashing the masses. Of course, no one will have the audicity to talk about the Dreadful Few because Jenner in particular is not “ethnically” Jewish. But the essential question is this: who put Bruce Jenner or Caitlyn Jenner on a pedestal?

Vanity Fair is largely responsible, but Jewish photographer Annie Leibovitz did the hard work. Back in 2008, it was Leibovitz who took a picture of a fifteen-year old by the name of Miley Cyrus and put it on the front cover of Vanity Fair.[10] That same picture obviously boosted Cyrus’ career.

So, Goyim like Cyrus or Jenner simply do not seem to know that they are being juiced by what DMX would have called “The Industry,” which is obviously being manufactured by the Dreadful Few.

Back in 2007, the Jerusalem Post itself had an article entitled, “Jewish Power Dominates at ‘Vanity Fair.’”[11]

So, Vanity Fair, in a sense, is like the psychoanalytic movement, which needed the presence of the dumb Goyim to thrive.

Sigmund Freud knew very well that psychoanalysis was a “Jewish science” and that the movement would not go very far if he did not place a number of non-Jews in high position. Carl Jung, who literally called Freud “my father,”[12] was Freud’s first victim. As we have said in a previous article:

“Freud had to find some Gentile to make the movement more inclusive. This is one reason why he worked tirelessly to make Jung a figurehead in the psychoanalytic movement. He told Jung in a letter written in 1908, ‘You really are the only one capable of making an original contribution to [psychoanalysis].’

“He also wrote to a Swiss psychologist named Ludwig Binswanger, ‘When the realm I have found is orphaned, no one but Jung shall inherit it.’ For Freud, according to David Bakan, Jung was ‘a bridge to the Gentile world.’

“But Freud’s Jewish fellows were not satisfied with Jung, wishing Freud had chosen a Jew for the task. Freud took great pains to ensure that a gentile, Jung, would be the head of his psychoanalytic movement—a move that infuriated his Jewish colleagues in Vienna, but one that was clearly intended to de-emphasize the very large overrepresentation of Jews in the movement during this period.”

“To persuade his Jewish colleagues of the need for Jung to head the society, he argued, ‘Most of you are Jews, and therefore you are incompetent to win friends for the new teaching. Jews must be content with the modest role of preparing the ground. It is absolutely essential that I should form ties in the world of science.…’”

Psychoanalysis has been widely debunked and abandoned. But it would have been abandoned long ago had Freud did not put non-Jews in the movement.

Which brings us to our essential point here: the Dreadful Few will do their best to attract Goyim to their subversive movements. Sometimes they would pay the Goyim well, put them in front of national television, and applaud them for the work they are doing. It is almost the same thing when it comes to the entertainment industry. You remember what Lawrence Bender said to Quentin Terantino’s Inglorious Basterds when it first came out? Bender said,

Danielle Berrin of the Jewish Journal tells us: “Surprised, Tarantino asked, ‘Really?’ To which Bender replied, ‘Are you kidding me? This is a Jewish wet dream!’”[13]

So, the plot thickens: whoever is promoting that which is congruent to “a Jewish wet dream,” the Dreadful Few will more than likely welcome that person or organization. This is why they will produce any corrupt Goyim on camera and even on the Today Show:

This is certainly the case with “Caitlyn Jenner.” He or she gets a lot of media attention because that is how you can get people distracted. Since people like Jenner would probably do just about anything for money, power and a little bit of fame, they think that they are living a normal life, when in fact they are living in a dream world, which only exists for a season. Jenner said, “I’m not doing this to be interesting. I’m doing this to live.”[14]

Sure. But Jenner does not seem to know the consequences of living a superficial life. According to a study:

“A whopping 41% of people who are transgender or gender-nonconforming have attempted suicide sometime in their lives, nearly nine times the national average…”[15]

The Dreadful Few want people like Jenner to think that they are living a perfect life, but that is the deception. As rapper DMX would put it:

“‘The Industry’ doesn’t have to do with talent; it’s about playing the game…‘The Industry’—money, bitches, hate…’The Industry’ is like ‘Wait’! But in the street we’re like, ‘Get them’!

“‘The Industry’—if you ain’t got a strong mind—will break you down, [and] it’s a matter of time. The industry vultures with nothing to feast on…The industry play in the dirt, stay in the dirt—test the wrong one in the industry and you will get hurt.

“‘The Industry’ wanted, dead or alive, new artists to sell their souls…to survive. ‘The Industry’ don’t give a fu$k about you! But the industry couldn’t make a dime without you!”

[2] Russell Berman, “A Guide to the Billionaires Bankrolling the GOP Candidates,” Atlantic, April 24, 2015.