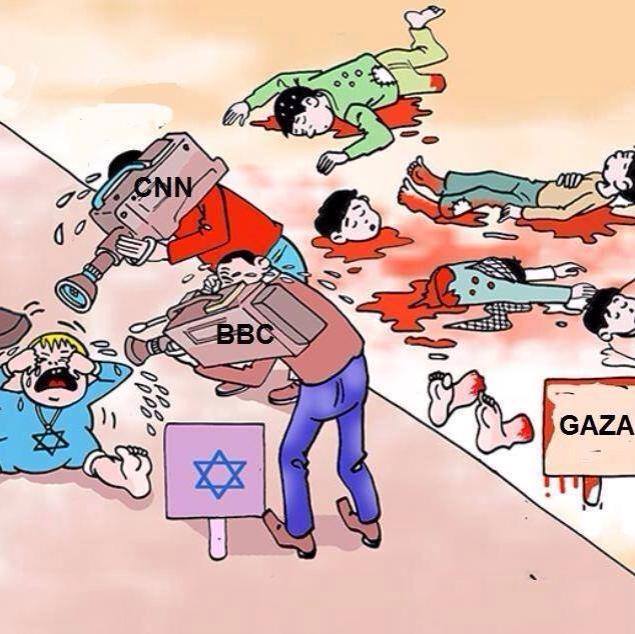 “In the video, a soldier is seen cursing a Palestinian man, which the forces claim tried to touch their gun. The soldier can be heard screaming expletives at the Palestinian, taunting him to talk back, and vowing that should he say one more word then he will ‘fu$k his mother.’

“The soldier then proceeds to attempt to hit him and a few seconds later another soldier is seen swinging his rifle at the Palestinian, who has words with the soldiers and attempts to push them away.

“After the initial altercation, the video shows a group of five soldiers trying to overtake the Palestinian, violently hitting his hands and legs. The video also seems to show two soldiers holding the Palestinian man, with a third standing behind him, as a fourth soldier hits the Palestinian with his rifle, causing him to collapse.

“While on the ground, a fifth soldier is seen punching him in the face, while another soldier kicks him in his face. Another soldier then pins the Palestinian to the ground by stepping on his head, and his face can be seen to be bleeding. The video ends with the forces taking the now handcuffed Palestinian away.”[1]

What kind of punishment did the soldiers receive? Fasten your seatbelt: “confinement to base” and “verbal rebuke”!

In other words, if you have an urge to beat a Palestinian and act upon that basis, you’ll just receive a verbal rebuke. That’s all. This is the type of morality that the Israeli regime has.

The deeper questions are simply these: how would that system work in America in light of what is happening with the police department? Aren’t the Dreadful Few advocating race riots in major cities in the U.S.? Didn’t George Soros himself give at least $3 million to the Ferguson protest movement?[2] Didn’t the Jewish Daily Forward write an article entitled “Why Jewish Silence on Ferguson Is Not an Option”?[3]

Didn’t the New York Times publish Darren Wilson’s address so that gangsters and thugs could hang him? Why, then, don’t the Dreadful Few in the New York Times, the Washington Post, CNN, Fox News, etc., publish stories like the one we’ve just examined? Why do they keep killing two birds with one Zionist stones? When one Israeli gets hurt, the entire world has to know. But when Palestinians get beaten, this is not that important at all. If you think this is just rubbish, listen to this:

“CNN has removed correspondent Diana Magnay from covering the Israeli-Palestinian conflict after she tweeted that Israelis who were cheering the bombing of Gaza, and who had allegedly threatened her, were ‘scum.'”[4]

Here is what she posted: “Israelis on hill above Sderot cheer as bombs land on Gaza; threaten to ‘destroy our car if I say a word wrong.’ Scum.”

The Washington Post and much of the Zionist media did know that Magnay used the word “scum,”[5] and she did apologize. But Israelis do not have to apologize for telling a Palestinian man that he will “fu$k his mother.”

The Dreadful Few certainly cannot have their cake and eat it too. They can complain about anti-Semitism all day, but we should be exhausted by their daily moaning by now.

A final point. Will George Soros give $3 million to help innocent Palestinians from being beaten by Israeli soldiers? If Soros is not willing to do that, then he should place a sign on his back saying: “George Soros: Israeli agent. My goal is to create riot both in the U.S. and the Ukraine.”