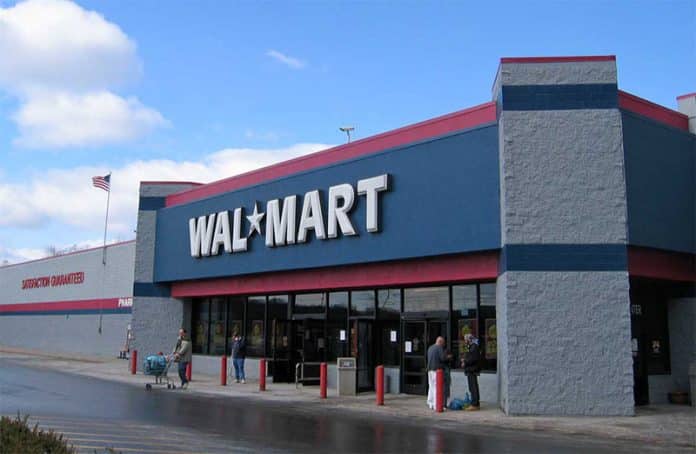 FBI sources indicated that Walmart Corporation had a worldwide banking network that, combined with Bain operations in Cuba, was one of the major political forces in American politics.

Under the Supreme Court decision known as “Citizens United,” these offshore corporations laundering Mexican drug cartel cash and with direct ties to terrorist organizations, control the Republican Party.  VT has recorded whistleblower interviews that confirm all of this.  No agency of any kind, no prosecutor, no court, no grand jury has been willing to listen to testimony or accept documents on this case.

A groundbreaking report reveals that Walmart has built a vast, undisclosed network of 78 subsidiaries and branches in 15 overseas tax havens, which may be used to minimize foreign taxes where it has retail operations and to avoid U.S. tax on those foreign earnings.

These secretive subsidiaries have never been subject to public scrutiny before. They have remained largely invisible, in part because Walmart fails to list them in its annual 10-K filings with the U.S. Securities and Exchange Commission (SEC). Walmart’s preferred tax haven is Luxembourg, dubbed a “magical fairyland” for corporations looking to shelter profits from taxation.

The report, The Walmart Web: How the World’s Biggest Corporation Secretly Uses Tax Havens to Dodge Taxes, is the first-ever comprehensive documentation of the company’s use of tax havens. The full report is available here, and for the report’s Key Findings, click here.

Most people know that Walmart is the world’s biggest corporation. Virtually no one knows that Walmart has an extensive and secretive web of subsidiaries located in countries widely known as tax havens. Typically, the primary purpose for a corporation to set up subsidiaries in tax havens where it has little to no business operations and few, if any, employees is to pay little, if any, taxes and to maintain financial secrecy.

Walmart has established a vast and relatively new web of subsidiaries in tax havens, while avoiding public disclosure of these subsidiaries.

All told it has 78 subsidiaries and branches in 15 offshore tax havens, none of them publicly reported before. They have remained invisible to experts on corporate tax avoidance in part because of the way Walmart has filed information about them to the U.S. Securities and Exchange Commission (SEC). Walmart may be skirting the law as there is a legal requirement to list subsidiaries that account for greater than 10 percent of assets or income. Luxembourg, dubbed a “magical fairyland” by one tax expert because of its ability to shelter profits from taxation, has become Walmart’s tax haven of choice.

It has 22 shell companies there – 20 established since 2009 and five in 2015 alone. Walmart does not have one store there. Walmart has transferred ownership of more than $45 billion in assets to Luxembourg subsidiaries since 2011. It reported paying less than 1 percent in tax to Luxembourg on $1.3 billion in profits from 2010 through 2013.

Walmart has made tax havens central to its growing International division, which accounts for about one-third of the company’s annual profits.

At least 25 out of 27 (and perhaps all) of Walmart’s foreign operating companies (in the U.K. Brazil, Japan, China and more) are owned by subsidiaries in tax havens. All of these companies have retail stores and many employees. Walmart owns at least $76 billion in assets through shell companies domiciled in the tax havens of Luxembourg ($64.2 billion) and the Netherlands ($12.4 billion) – that’s 90 percent of the assets in Walmart’s International division ($85 billion) or 37 percent of its total assets ($205 billion).

There is evidence that Walmart uses its subsidiaries in tax havens to pursue well-known international tax-avoidance strategies:

Walmart appears to be playing a long game – from tax deferral to profit windfall.

It is using tax-haven subsidiaries to minimize foreign taxes where it has retail operations and to avoid U.S. tax on those foreign earnings. Walmart apparently hopes the U.S. Congress will reward its use of tax havens by enacting legislation that would allow U.S.-based multinationals to pay little U.S. tax when repatriating current low-taxed foreign earnings (such as to fund infrastructure spending) and pay no tax with the adoption of a territorial tax system.

Among the issues to pursue: