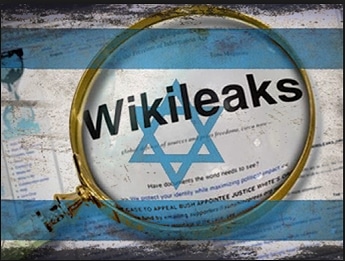 There is no such thing as Wikileaks.  They are an “app” for intelligence agencies to seed pointed material into useless chickenfeed as cover for things we see or, worse still, things we are never allowed to see.

This was what former national security advisor Zbigniew Brzezinski told an NPR audience in 2010, months after a working group at Veterans Today came to the same conclusion.

Five years later, still chickenfeed, Assange still fronting for the Mossad, pushing for bombing attacks on Pakistan and Iran, still playing his part with just a smidgen of leftist rhetoric out of his usually very right wing, very totalitarian “lips.”

Remember Wikileaks?  It was an “organization” with secret servers hidden underground powered by a generator from a World War Two Nazi submarine.  All of that, a pretty amusing tale, has been pushed aside.

Sound a bit like the Walmart tunnel tale Alex Jones is peddling?  If you don’t see the tie in there, perhaps your Mensa card has expired.

So have the stories of how the New York Times called in Israeli intelligence to sift through Wikileaks cables to make sure nothing negative to Israel ever went into print.

What has Wikileaks done over the years?  Let’s look at it for a minute.  We have lots of cables but did they say anything that wasn’t already said long before and by more credible sources?  There were a few accidents, like when the State Department cables tying Gaddafi to Israeli intelligence and germ warfare programs were published but quickly pushed under the rug.

Let’s start with the phony of all time, Assange.  His claim to fame?  He has spent most of a decade ducking a spurious charge of date rape.  Our assumption here?  The whole thing is made up.  Unless they are smuggling bevies of call girls into the Eqalaterian Embassy where he is hiding out, Assange should have faced the music and admitted getting aggressive with, well, with what?

The whole thing is theatre, nothing else.  Did something happen?  In a world where Assange is silent on Israeli carpet bombing of Yemen and Gaza or their attacks on Lebanese and Syrian villages, the slaughter of Christians in the Middle East, the burning of churches, there is still an issue of him and his date rape charges?

Without those, he would have nowhere to hide and would have to more openly move among the “friends of Israel” that had financed him all along.

There was never a Wikileaks, it never existed, there is no “Anonymous,” it is all a front for laundering psychological warfare crap into the media.  After all, Netanyahu has burned himself out with his cartoons and “monkey-face” tirades.

Wikileaks is the other hand of Netanyahu, nothing more.

Assange is just another Rupert Murdoch franchise, useless, failed and burned long ago.  The recent “Saudi chickenfeed” is as tired as everything else they have touched.

Remember Assange, a sexually abused child from Australia raised on a “free love commune” by “new age” parents who don’t exist, a history that doesn’t exist.

How exactly can a right wing extremist who supports the wealthy and powerful against the poor, against the abused….

When you have the Israeli machine behind you, you can be a cheerleader for satan himself and stand heroic like a modern Mussolini.

Those duped into following Assange have been “gate kept” into an eternal feedback loop of right wing propaganda and intellectual mediocrity.

Sane people just don’t have to buy it.

What does Assange love other than, we are told anyway, Swedish bar-flys?

He loves the Kiev regime and their ethnic cleansing and Kosher militias.  Remember Odessa?

He loves cluster bombs on schools.  Assange is shocked and dismayed that Iran and Pakistan have not submitted to Israel.  He is also shocked that President Obama hasn’t nuked them out of existence.

Assange is, in fact, a young version of John McCain.