Home Government Pope, Climate Change and what they are not telling you 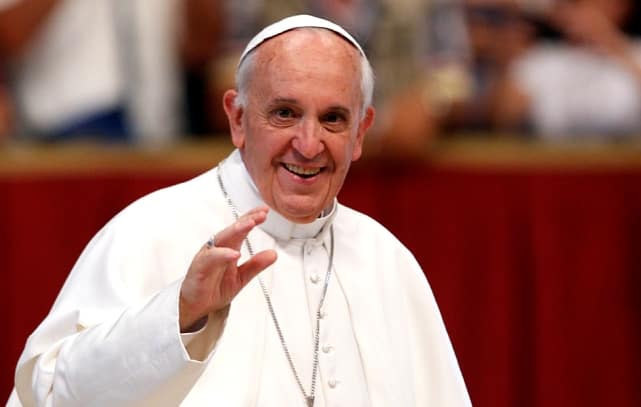 So the man with the little white skull cap who lives in that big mansion filled with the world’s most priceless art collection, a library packed with secrets they do not share and an underground labyrinth of catacombs filled with gold and other precious metals and gems, has decided to step up to the plate and support climate change. They are a “poor church” I tell ya!

Before we can even begin to discuss “climate change,”perhaps a full and open investigation into the secret workings of geo-engineering should be called for by the Pope before he goes around the world asking for money to clean up all the pollution that companies and corporations do not want to take personal responsibility for because it will cut into their profits. Much rather the 99% gets burdened with another tax and takes up all the flak than companies like BP spend their own money cleaning up the Gulf of Mexico! And of course there is the up and coming TPP and TTIP agreements that will protect them even further from environmental government laws and the damage that they cause being deferred once again… well … to you, the tax payer. Incidentally these companies DO NOT PAY TAXES, most of them anyways, thanks to some wonderful loopholes they have created and little post boxes in strange places.

What all of the above is, is pollution. Pollution is not “climate change.” Climate change is something that the earth goes through in a natural process of time and has done so long before any of us geniuses turned up on her shores.

Apparently the ice caps are melting… so they say. You know… global warming? But there is one teeny, weeny little problem with that story. The ice cap is actually getting BIGGER. This example is just too precious!

And then we have all those terrible droughts in California. Front page newspaper stuff that! But not one word about all the chem trails that they are spraying, an open and full investigation or the reasons why they are spraying and the damage it is doing.

And not one word about HAARP of course. That is a “conspiracy theory.” Every lie and cover up they put down to a “conspiracy theory,” the tin foil hat brigade. It really is getting stale and overused. Between their experiments with HAARP and chem trails, the subject of “climate change” is deferred from the earth to a bunch of boys with some dangerous new toys and there is no telling how much damage they have done all by themselves, because , well,… it’s a secret.

Some people even claim that they “own the weather!” You will be paying through the nose soon for the raindrops on your head. But not a word, not one peep from Pope Francis about any of this. Nope. They have got to terrify you with the “climate change” narrative and make you pay to clean up their pollution and if the TPP and the TTIP are anything to go by, you will be paying for spring summer, autumn and winter next.

Strange that when you think that all of nature was given to us for free in the first place. It all came without patents and taxes.

By The Same Author:

Next President of the USA? The Carlyle Group!

Je suis, I am, you are. We are all Novorossians.