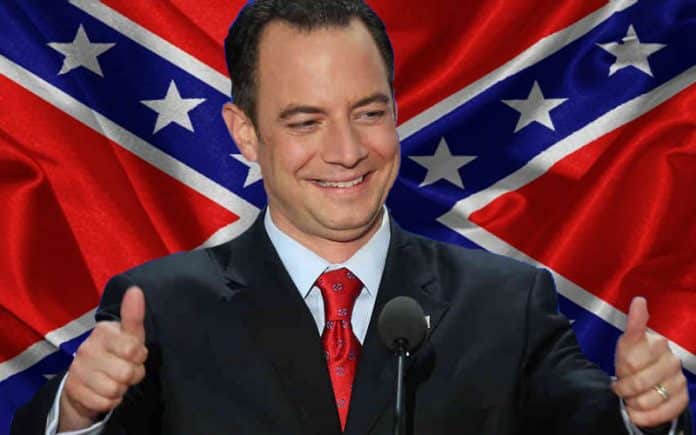 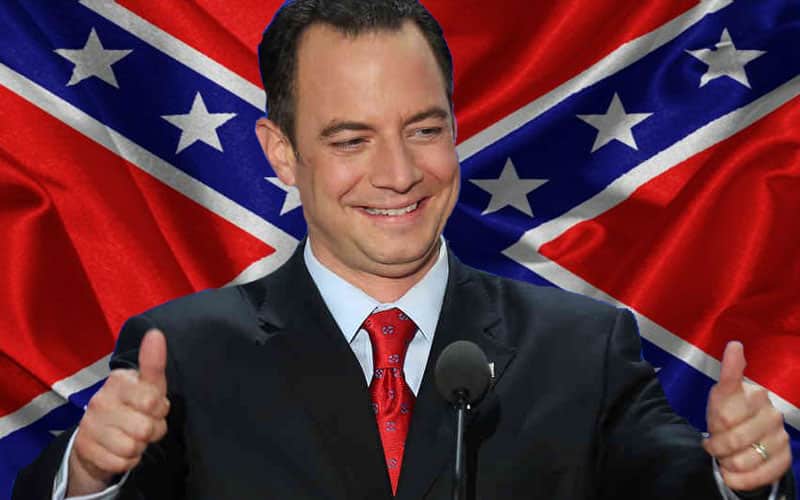 The reward for extreme political failure should always be the proverbial political firing squad.  And since the Republican National Committee (RNC) has completely taken a dump all over itself by backing the most extreme racist and bigoted wing of the American electorate, well, it’s time to fire its deal making chairman!

Yes, it is time to fire the wonderfully jovial, engaging, and ambitious Reince Priebus for crimes against the American people  – or  – maybe we can hand him the Political Razzie Award for concocting the absolute worst strategy in modern political history. 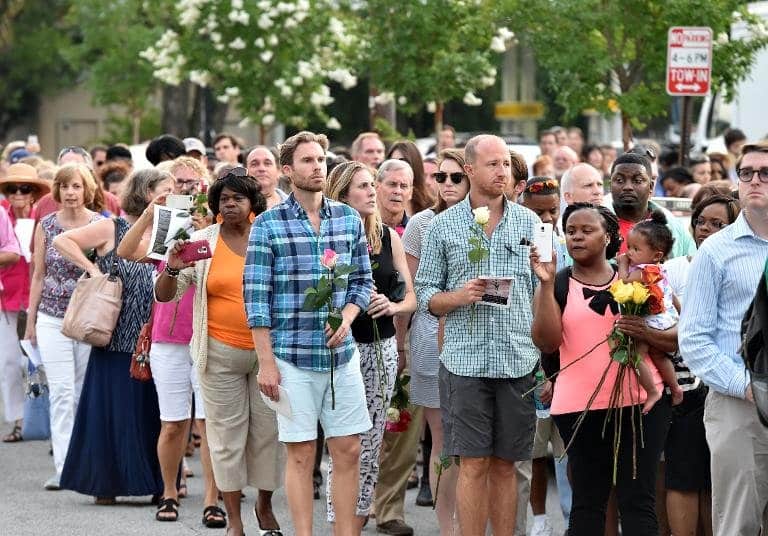 You see this past week in Charleston, we witnessed the ultimate in consequences for engaging in ticking time bomb politics.

Young Dylann Roof pulled out and gun and destroyed the lives of 9 Americans saying it he was doing it to because they, the negroes,  were taking over his country and somebody had to be the brave one.

This young man was led to this act by a collective energy that put all the forces in motion which includes political leaders and their complicit media.

You see previous to Obama, the Republican Party was fairly centrist; fairly mainstream.  You may have loved their platforms or despised them based on merit but they were NOT overtly and proudly endorsing racism and bigotry while taking money from overt and known white supremacists.

But then came the black guy and everything changed.

The Tea Party was born by declaring the Republican Party was too docile and not tough enough on the Democrats.  But really it was just charade; a ruse to disguise the real underlying intent that they really hated the black guy  running their tribe and would do anything to put their own tribal leader in. This was tribal all the way!

And when they got momentum, the Republican Party made the strategic move to align and partner.

RNC Chairman Priebus and this team thought they were co-opting them to insure that their vote went Republican.  But, as it turns out, they have given the Republican Party an embarrassing racist scarlet letter around their neck that would completely offend their greatest leader;  namely the Great Abraham Lincoln.   Opps!

And so for about 7 years, the promotion of “Take Our Country Back” as a veiled reference to white supremacy and its racist bigotry reigned in the halls of the RNC taking donations, going to events and applauding bumbling idiots like the birthers knowing darn well that there were no legs to stand on but hey, it rallies the peanut gallery so why not right?  Of course, the short-sidedness of the decision to partner up did NOT occur to RNC management

Now for some recent background on the RNC and its chairman.

First, this past October 2, 2014, RNC Chairman Reince Priebus laid out the RNC’s “Principles for American Renewal”, covering 11 goals of the Republican party in the lead up to the 2016 presidential election.

The principles included three economy-related proposals for the Senate to move forward:

Other goals included in the principles include job creation, care of veterans, immigration and government spending.

Following the speech, the Democratic National Committee issued a statement criticizing Priebus, arguing that Republicans are “out of step with the American public”.

On January 16, 2015, the election for the chairmanship of the Republican National Committee took place in San Diego, California.

Priebus was reelected to a third term on a near-unanimous vote, making him the first Chairman to lead the RNC for three consecutive terms with a Democrat in the White House.

Priebus had been praised for his fundraising skills and healing relations with major GOP donors, his ability to maintain “generally warm acceptance” by conservatives and moderates alike, among other accomplishments.

But now, let us fast forward to Charleston and here we are at the crossroads where Priebus has no legs to stand on.

He can’t “heal” anything because he is the guy that fathered the deal with the racist devil.

The white supremacy movement crossed the line and is under an all out attack by 95% of the U.S. public and even from outside the U.S as it is being tarred and feathered without mercy as it deserves.

Within days of the Charleston Massacre, we are seeing Republicans back track and run away from the racist and bigotry given to them by their party and Mister Priebus the Great Fundraiser.

And worse for the RNC, we are seeing the corporations run away too.

Wal-Mart just announced they are pulling all confederate flag merchandise from stores.  How’d you like to be that supplier?  “Hey boss, Wal-Mart on the phone.  They are canceling the ten million dollar order of Confederate Flags and those bobble heads of Jefferson Davis”!  Opps!

Oh and Michelin Tires just announced the are supporting South Carolina Governor Niki Haley’s call to have the flag taken down from the statehouse.  It’s all crashing down around them.

And it will continue to snowball because, this time, the line was really crossed to the point of no return.  This ain’t no dress rehearsal.  This is serious!

This is politically serious for the RNC and if they miss this opportunity, they will be completely labeled the official racist party of the Confederacy and see their support drop to below 5% of the American public. They simply cannot afford it.  So expect a change!

So what does a business do when it makes such a horrific strategic blunder?

Well, the first thing is to fire the management and then consider re-branding.  Why?  Because if the racist Confederate party label sticks, then they will have no choice but to change the name and branding of their party; which would NOT be a bad thing.  Now, I don’t think they are there quite yet but if they don’t act quickly, they will be in serious political peril.

So first thing is to fire Reince Priebus now and make it a public flogging!

He made the deal with devil and he must be held accountable. Hey, when you make a bet and lose you gotta pay up right?   Time to cash in your chips and go home Mr. Jefferson Davis Priebus.

Now once such action is taken , the RNC needs to find a new chairman that the has the honest Abe credentials to broker a deal with our 21st Century American people that is fully inclusive and clearly outlines its commitment to the American people no matter their color, race or creed full-stop!

It is that simple folks

So yeah call in that town hall meeting and fire Reince Priebus.  Hang that scarlet letter on him as he and his team have earned.

Oh and take that racist bigoted asshat Donald Trump with you. I mean that whole Mexicans raping white women is so ripped off from the White Supremacy Handbook and that weird propaganda film Reefer Madness.  Come on Donald!  Really?  Poor guy!