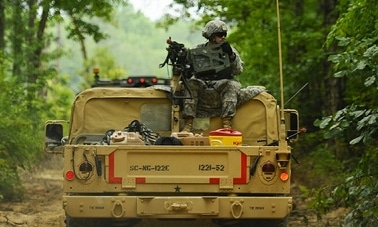 Today’s Army is on a dangerous path to humiliating defeat if — and quite likely, when — it takes on Russian, Chinese, or even second-tier nation-state forces equipped with modern military technology from Russia or China. Animated by visions of light troops mounted on wheels or falling out of airplanes, it is building a force for uncontested, permissive environments against weak peoples without armies, air forces, air defenses, or navies.

Members of Congress must pay attention. The nation cannot afford more multi-billion dollar failures like the Comanche Attack Helicopter (RAH-66), the Crusader Artillery System, Future Combat System, and the Ground Combat Vehicle, or GCV. Nor can it afford to shrink its few armored forces and replace them with light infantry. We already have a Marine Corps. We do not need a second one.

Read more at Defense One

Douglas Macgregor is a decorated combat veteran, a Ph.D, and the author of five books. His latest, “Margin of Victory,” will be published by Naval Institute Press in 2016. Full Bio