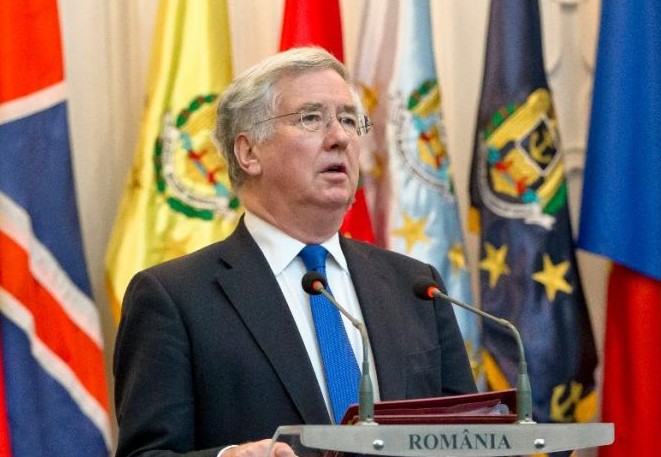 [ Note:  While many of the British people continue their slide into third world living conditions, a broke Britain continues its illusion on the world state as a major player, but really the step child now of the US. These NATO expansion stories curiously show little interest in not only the funding to get operations started, but then the long term diversion of precious resources they represent.

But that expense is peanuts compared to what I feel is happening here, that these combat brigades heading to the Russian border are just going to be trip wire pre-staging for a shooting war that no one in Europe can afford to pay for, and we know the Russians and Chinese don’t want.

So inquiring minds would like to know who benefits from making a new major war more likely. Why don’t we see more push back from both the traditional Left, but also the phony War of Terrorism where our veterans who were so sorely used, and have had time to do something about it. They seem to all be AWOL in resisting this fight that someone wants… JD ]

Fallon has said that around 1,000 troops will serve until 2021, claiming that “no country in Europe is playing such a strong global role…this step-up in our international defense effort is needed because the world is becoming a darker place…those who belittle our armed forces’ efforts fail to recognize that our national security depends on tackling the causes of instability, not just treating the symptoms.”

The ruling conservative Tories have hailed the news, saying it displays their commitment to Britain’s armed forces and their response to global events. They have consistently mentioned Russia as one of the greatest threats to peace.

Yet Admiral Nigel Essenhigh, a former head of the Royal Navy, believes Britain’s response to the events in the Middle East have been “feeble” and urged the UK to play a bigger role in the region.

However, Fallon said identifying the causes of international strife is crucial as “it means using our soft power, diplomacy and engagement, to help weaker countries build stronger institutions and law enforcement, and to promote women’s rights. It means using smart power, our better-focused development budget, on conflict prevention and stabilization as well as on disease and suffering.”

This is why, Jim W. Dean, Managing Editor & Columnist of Veterans Today, believes the UK seeks through such moves to jolt its economy as “they want to keep their defense industry boosted up. So they have to keep the public on edge that we have a threat that we have to deal with.”