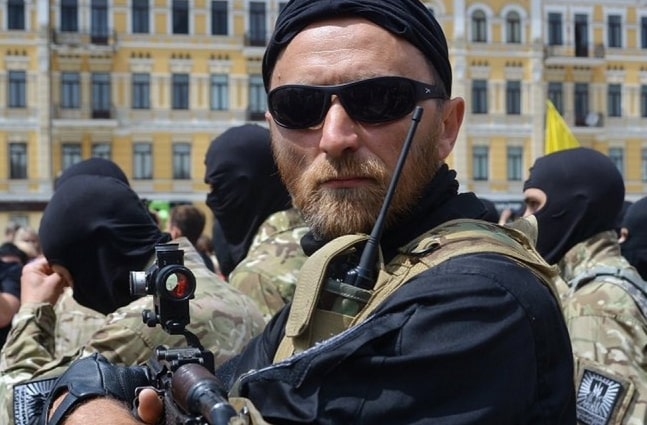 Ukraine’s ultra-nationalist Azov regiment is nothing more than a “small number of bad apples” who should not be allowed to define the country’s image, Canadian Defense Minister Jason Kenney said Friday.

US Uninvolved in Training of Ukraine’s Azov Battalion – Pentagon

In an interview with The Canadian Press, Mr. Kenney confirmed an earlier promise that the notorious paramilitary unit would not receive Canadian training or support. The Harper government would not back those with extremist views, Mr. Kenney said, adding that “we should not allow a small number of bad apples in one battalion to characterize the new Ukraine.”

He also said that Ukraine’s image would be improved if it joined the International Holocaust Remembrance Alliance, and advised Kiev to “redouble its efforts against anti-Semitism.”

The Ukrainian Defense Ministry intends to screen the hundreds of national guardsmen being sent for training at a NATO friendship center along the Polish border, a process Kenney hoped would weed out extremists.

Azov spokesman, Alexander Alferov, told The Canadian Press that the regiment, which started off as a national socialist group called “Patriots of Ukraine” known for praising the concept of white supremacy, also conducted screening of its recruits.

During this month’s discussion on defense appropriations for 2015 the US House of Representatives approved bipartisan amendments to block the training of the Azov regiment many Congressmen described as “repulsive neo-Nazis.”

The Azov regiment is an ill-famed volunteer armed unit formed in the city of Mariupol in May 2014 and widely criticized as a magnet for those holding Neo-Nazi beliefs.

The militia adopted Wolfsangel, also known as a wolf’s hook, as its emblem. During World War II, the symbol and its elements were used by various Nazi German military units, including the SS Panzer Division.