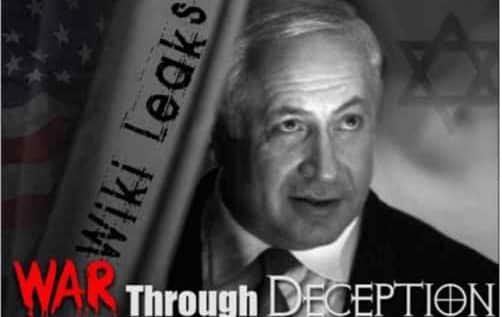 Everyone knows Saudi Arabia and Israel are coordinating the war in Iraq, Syria and Yemen.  Saudi operations inside Turkey are well know, documented and Saudi officers have been killed and captured inside Syria.

Similarly, Israeli pilots are flying operations in Royal Saudi Air Force marked planes.  Two have been shot down, F16 A-B models,, painted Saudi but belonging to Israel or Portugal, and we are betting they are Israeli.

We also have considerable evidence that the huge new “embassy” in Amman, Jordan is an operations and supply depot for al Qaeda and ISIS.

Similarly, we also have considerable evidence that Saudi cash has bought numerous Lebanese citizens,  government, military and press and that active operations against Lebanon are being financed and managed from Saudi facilities in Beirut and across Lebanon.

We have very strong reason to believe that Israel and Saudi Arabia are planning to take down Lebanon and Hezbollah and that their cooperation on this would have generated a mass of correspondence.

Yet, with 500,000 documents being carefully screened by someone for release, and we have no idea who, Wikileaks again carefully covers for Israel’s existence much less involvement.  According to Wikileaks, 9/11 never happened, Israel doesn’t exist and fomenting disputes between Islamic nations is the only reason for anything to be released.

It is utterly unreasonable for Saudi intelligence to write absolutely nothing about Israel, positive or negative.  This is not rational but according to Wikileaks, Saudi Arabia is blind to the presence of Israel though their daily activities tied to the current war do seem to be carefully coordinated.

Remember when the New York Times was rooting through Wikileaks cables and Wikileaks called to the Israeli embassy to send over personnel to make sure that Wikileaks never put out documents that could be damaging to Israel?

This happened then and it is happening now.  As Zbigniew Brzezinski pointed out 5 years ago, Wikileaks is an intelligence agency operation that mixes in phony documents with real ones to serve an agenda.  Wikileaks, by our estimation, proven again, is a Mossad fraud, nothing less.

In fact, we are curious exactly how much is being held back about Saudi Arabia as well.  Consider this a dare.  We dare Wikileaks to publish discussions of their known and established cooperation with Israel.  We have seen Wikileaks turn on Kurdish leader Barzani, saying he is on the Saudi payroll.  Is he on the Israeli payroll as well, which is far more likely?

We know that Israeli and Saudi interests in Kurdistan are vital.  Saudi money is flowing in, we know that already, but Israel owns the pipelines and is heavily invested in Kurdistan’s infrastructure.  Mosul, until taken by ISIS, was more an Israeli city that Kurdish.

We also know that Saudi Arabia has thrown its cash behind the Israel lobby in the US and is pushing for a GOP candidate for president in 2016 that will guarantee Israel’s permanent veto at the UNSC and will offering covert military support for an attack on Iran.

We continue to watch.