Home Government We are All Going to Die! (eventually, maybe not all of us) 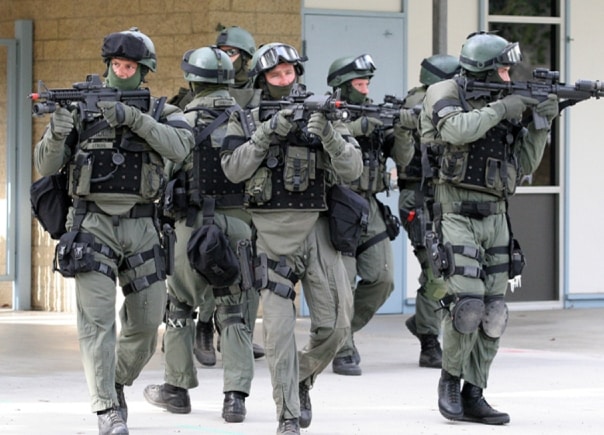 Editor’s note:  This was a good place to stick a recent YouTube gun project video.  With all the negativity going around, it is best sometimes too offset unpleasantness with a bit of real life.

King is a lunatic.  Peter King was born in 1945.  At age 20, when faced with the draft and service in Vietnam, king was awarded a slot in a National Guard unit, like Bush and so many other republican Chickenhawks.

National Guard “service” his how politically connected draft evaders ducked Vietnam.  King was all that, family with long time ties to IRA (terrorists?) “activists,” deeply involved in sending cash and weapons to Ireland.  Frankly, I am no fan of British rule in Northern Ireland based on the centuries of suffering caused by occupation by Britain and the Bank of England, but that’s another story for another time.

King says a dirty bomb is going off in Manhattan, a story confirmed by Rudy Giuliani.  If these two say its happening, then it may well happen, not because they get intelligence on terrorists but because they are terrorists.  It is simple as that.

Of course I think the current upgrade in alarmist nut cases is the result of the Jade Helm hoax tanking out early.  Oh, you can still go to the internet and find videos that claim every empty building is a portent for martial law.  According to the NRA, President Obama announced gun seizures when he told reporters that he was planning no gun legislation before leaving office.

To the NRA, “no legislation” but mean martial law and gun seizures.  I always wonder what the NRA’s cut was when bullets went up to $3 apiece a couple of years ago.

One of my favorite fear mongers is Ron Paul.  It looks like he is cashing in on his reputation though I admit I have not had the attention span to sit through his infomercial.  I am of the impression he is scamming for someone.  Then again, few deserve to cash in or have paid the dues he has.

Let’s talk economics a bit.  We were told that the economy went flat first quarter but now we are told that the figures we were given were totally wrong and that the downturn in the economy was a drop in “retail sales” tied entirely to crashing fuel prices.  So, we had a spike in savings and a downturn in money we paid for gasoline when the price dropped to $150 a gallon.

Cheap gas for a two months was the entire economic downturn.  Please note that no pundits picked this up, only VT.  Thus, when this quarter came around with gas back up to nearly $3 a gallon, we are back on track, feeding the oil companies.  On the other hand, unemployment is down to 5.3%.

In attempts to spin that one away, we are told by bloggers like Paul Roberts that 40% of the work force dropped and that the economy collapsed and all those new cars, the “help wanted” signs and the buildings going up everywhere are our imagination.

There is another problem.  Exports are down.  Do you know why?  It’s because the dollar, which the pundits tell you is collapsing is now the world’s only currency.  The pound, franc and euro are down, way way down compared to the dollar which makes American exports expensive.  Travel in Europe is cheap though and VT will be doing and Ireland, Scotland, France and Germany trip this summer.

Are you getting it?  Are you seeing the pattern of the “anti’s” and nay-sayers, how American heart and hard work, a bit of sacrifice too, has paid off?  Despite GOP efforts to flood America will illegals and kill unions, wages are beginning to go up, the first sign that some free market forces exist in labor.

NAFTA (a Bush not Clinton fiasco) and the laws that let most formerly American corporations run overseas and avoid taxation destroyed most market forces that would have allowed for economic corrections.  When there are no domestic corps, no domestic manufacturing and only service industries left, war gear, illegal narcotics and child sex trafficking to represent American industry, economic indicators are no longer reliable benchmarks.