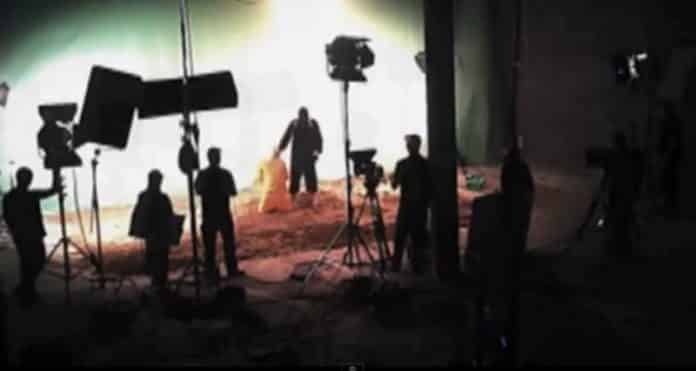 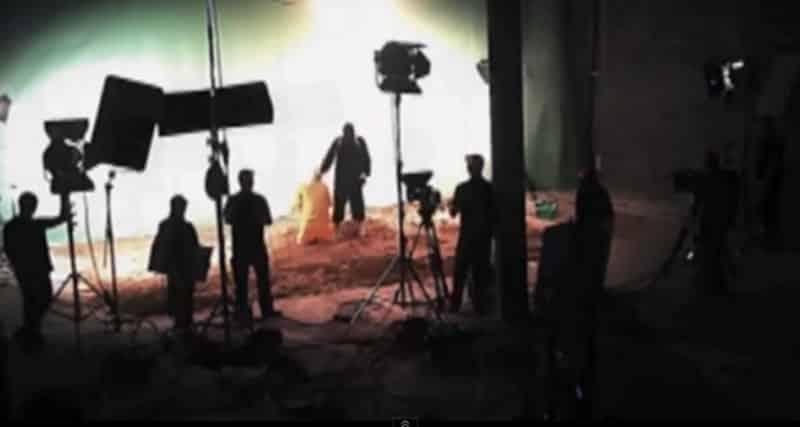 Editor’s note:  The article and video were retrieved from the French language edition of Sputnik News, an official press organization of the Russian government.

We have been unable to locate its counterpart on the English language equivalent, something curious onto itself.  The set is reminiscent of the infamous “bin Laden Studios” of Tel Aviv, where depictions of various and sundry “robo-bin Ladens” were featured.

The article seems to assert that this video was hacked from a McCain staffer who accompanied Senator McCain on a trip to Ukraine.

Hackers of the CyberBerkut group have released a video of the execution of prisoners of the Islamic State (AR), Islamist terrorist armed organization, which according to the images, was filmed in a recording studio.

Hackers have explained that they have found the video on an electronic device to a friend of U.S. Senator John McCain.

“We, the CyberBerkut group, had at our disposal a file which it is difficult to underestimate the importance! “Dear Senator McCain, we recommend that you not take with you secret documents in any travel abroad, especially in Ukraine”.

After what we see in the video, a “prisoner” is ‘executed’ front several cameras, with a light well chosen. An actor dressed as executioner of the grouping of the Islamic State, puts a knife near of “sequestered” throat, which is mine to suffer.

Recall that since August 2014, the terrorists of the Islamic State have released several videos of executions. Their victims were yet miraculously calm, made their last words and died in the arms of terrorists. Many Internet users have seen these videos as being fictional, particularly because of the reactions of the tortured and the quality of the videos.

The Americans have repeatedly been blamed for having made videos of the group the Islamic State. Thus, a student from the University of Nevada Ivy Zidrich stated to Jeb Bush that his brother, the former a US president George Bush, had created the Organization of the ISIS.

(machine translated from French by Bing)