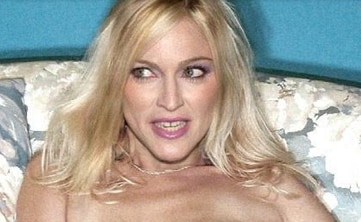 Another music anti-piracy lawsuit ended in favor of the music industry: an aspiring singer who auditioned for Israel’s top TV song competition recently got 14 months of jail time for stealing and selling unreleased songs by Madonna.

Adi Lederman, from Tel Aviv, in his late 30s, was arrested earlier in 2015. He eventually confessed and reached a plea deal on charges, which included hacking into the machines of people working with the international pop star, as well as stealing and selling Madonna’s songs. Lederman was also fined about $3,900. Israeli court decided that the “appropriate” sentence would deter other hackers and prevent potential hacking incidents.

If you remember, songs from Madonna’s latest album, Rebel Heart, emerged on the Internet before the official release in late 2014. The singer issued an announcement addressed to all of her fans asking them not to listen to the stolen copies that had surfaced, claiming that she “had been violated as a human and an artist”. Madonna later released 6 songs as an “early Christmas gift” for her audience.

In the meantime, Madonna has long claimed a special bond with Israel, making personal pilgrimages to the country, practicing Kabbalah (a form of Jewish mysticism) and launching her 2012 MDNA tour in Israel.

The latest lawsuit started after Madonna’s representative in Israel filed a complaint. This led to an investigation into Lederman’s activities, coordinated with the FBI. It is known that Lederman auditioned for the Israeli reality show A Star is Born three years ago, and when the judges asked what Lederman did for a living, he said “basically nothing” and sang Stevie Wonder’s song.