Home Government Netanyahu: The Napoleon of the Global War on Terror 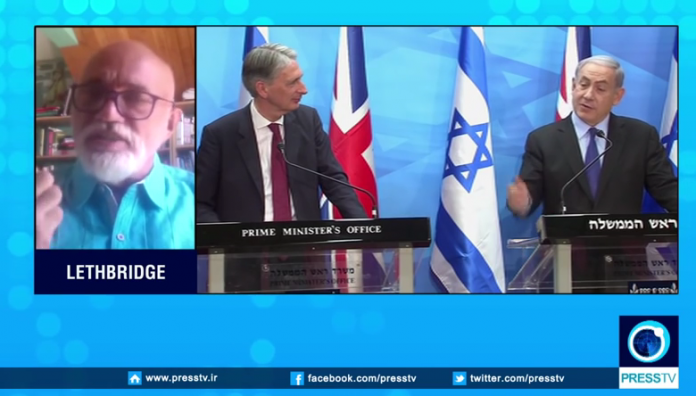 After the factionalism unleashed in the French Revolution created the basis for a reign of terror,  Napoleon Bonaparte took charge and transformed the chaotic conditions in his own country into a military juggernaut aimed at imperial expansion throughout Europe and deep into Eurasia.

Similarly, Netanyahu was instrumental in organizing the chaos on the right after the failures of capitalism’s military-industrial complex in Indochina in the 1970s. Like Napoleon, Netanyahu seized control of the emergency and transformed the crisis into a movement for the imperial expansion of his Israeli home country on many fronts, including the expansion of its eastern frontiers and the expansion of its influence in the US Congress, NATO, and the world’s neoconservative propaganda mills.

The Israeli Emperor of Global Neoconservatism

Netanyahu’s rise as the Israeli Emperor of Global Neoneoconservatism can be said to have started in 1979 when he had his father, Ben-Zion Netanyahu, chaired the Jerusalem Conference on International Terrorism in 1979. The elder Netanyahu had been personal secretary in the 1930s to Ze’ev Jabotinsky, the founder of the extreme right-wing of Zionism.

The ideological originators of Prime Minister Netanyahu’s Likud Party, the militants of Revisionist Zionists fought underground for the sovereignty of the Jewish state in the British Mandate of Palestine through tactics like extrajudicial assassinations and the blowing up the King David Hotel in 1946. This experience has given the Likudnik wing of Israeli imperialism special expertise in the media deployment of the imagery of terrorism. 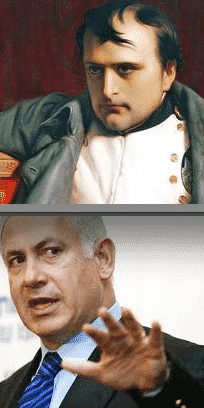 Revisionist Zionists and their Likudnik descendants have opposed Labor Zionists by advocating outright genocide rather than negotiating ploys with the indigenous Arab population in Palestine. The more radical stance of the most extreme wing of Israeli empire builders was aimed at bringing about the aggrandizement of “Greater Israel” to span the expanse from the Nile River to the Euphrates River and the Persian Gulf.

Richard Perle’s “New Break” document delivered to Netanyahu in 1996 proved in retrospect to be pretty much the road map for international neoconservatism leading to the kind of outgrowths we are currently seeing in the bankers’ tyranny in Greece, the goon show in Libya, and NATO’s alliances with the residues of Nazi governance in Ukraine.

Perle teamed up with the Canadian neocon spin doctor David Frum to co-author 2003 An End to Evil: How to Win the War on Terror. Where the Israeli-American neocon directorate of the US Republican Party called in 2000 for a “New Pearle Harbor” to create the necessary shift in public opinion to realize Netayahu’s imperial plan, An End to Evil provided the instructional manual for what do next after “Mission Accomplished” on 9/11. The premier directive of the neocon think tank was to “support the overthrow of the terrorist mullahs of Iran.”

The goal of eliminating the Islamic-based government of Iran has been Netanyahu’s dominant preoccupation since he began his rise as Emperor of the Global War on Terror.  The early stages of his rise came about largely through Netanyahu’s skillful exploitation of the death of his brother Jonathan as an Israeli war hero in the Entebbe Raid of 1976.

The ambivalent success of the negotiators of the 5 + 1-Iran nuclear deal are helping to draw the world’s attention to the reality that the Islamic Republic in the heart of Eurasia is nothing like the country that has been depicted by the propaganda mills of Netanyahu’s neocon media empire.

The news is getting out that, from Netanyahu’s perspective, the real crime of the people and government of Iran is to have created in spite of the sanctions a fairly stable, viable, and somewhat democratic Islamic society on the firm foundation of Persian civilization. In comparison to Iran, Saudi Arabia, Israel’s primary puppet regime in the Middle East, is quite obviously reflective of the real evil empire’s more diabolical attributes.