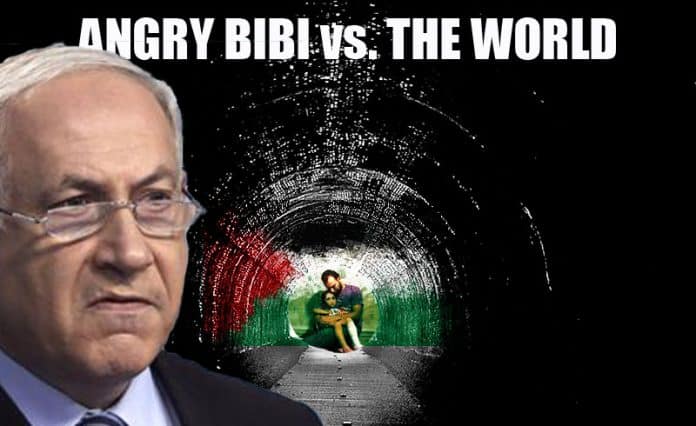 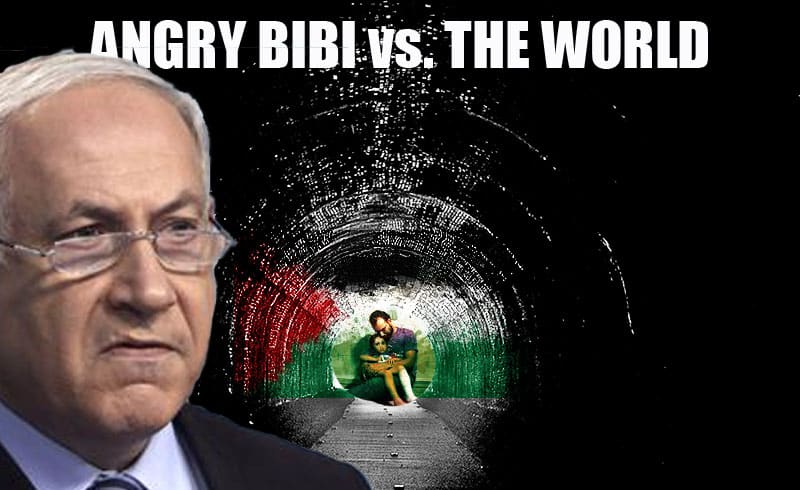 Britain suffered another disappointment last week when Tim Farron, a lightweight with the gift of the gab, landed the job of leader of the UK’s Liberal Democrats. They are the fools who sold their principles for a taste of power and entered into coalition government with Cameron’s Tories in 2010. The wages of that sin were a crushing defeat in this year’s general election, which saw their MPs plummet from 57 to a miserable 8.

Farron is a born-again Christian and wears it on his sleeve.

Another Friend of Israel… but ‘it’s breath smells’

However, the Jewish Chronicle reported in “Liberal Democrat Tim Farron Says Israel was Disproportionate over Gaza” that Farron’s candidacy for leader was backed by senior British Jews in the party and he’d said he would have “no truck” with antisemitism if elected leader. Reflecting on the Israel-Gaza “war” last summer Farron remarked: “It was disproportionate – I thought the Israel government did behave in ways that were counterproductive to her own interests. Clearly, there was blame on both sides; both sides are victims and both sides are aggressors.

“My advice to the Israeli government then – and my view now – is I want to defend Israel’s right to security in her borders. Sometimes, Israel makes it hard for us. I am a friend of Israel. Your best friends tell you when your breath smells.”

Farron opposes BDS (the boycott, divestment and sanctions movement). “One of the things I want us to do is promote the party’s support of Israel as a state and people…. The answer to the crisis is a two state solution – that has got to be our focus.”

From the way he talks you wonder if he’s been suckered into the ranks of Christian Zionism. Being an Anglican he risks coming under the influence of the CMJ (the Church’s Ministry among Jewish People) which was adopted as an official ministry of the Church of England in 1995 and has been operating in the shadows ever since. It is, if you like, the Anglican Church’s Zionist wing.

The CMJ says it recognizes that the State of Israel was set up as a result of the United Nations 1947 Partition plan but doesn’t have a view on the appropriate location of Israel’s borders. If the CMJ accepts the Partition it should at least have regard to the borders on which it was based. As things stand, the CMJ is seen as approving greedy Israel’s continuing land-grab and lawlessness.

For someone who has never been to Palestine Farron is digging himself (and his party) into a remarkably deep pro-Israel hole. This is what comes of reading too many Bible fables. Farron says he intends to visit Israel and the West Bank for the first time this year. It would be best if he keeps his mouth shut until he has seen first-hand the horrors of Israel’s occupation, dispossession and oppression of Muslim and Christian Palestinians and the living hell of the brutal blockade of both Gaza and the West Bank – that’s right, Palestinians lead wretched lives also trapped in the shredded remnants of the West Bank and East Jerusalem.

He should pick his way through Gaza’s wasteland of rubble and reflect on who are the real victims. He should meet Gaza’s prime minister Ismail Haniyeh over coffee and ask himself who are the real aggressors. Farron told the Jewish Chronicle that he understood the importance of religious practices. Well, in the Holy Land he’ll see the effect of sickening religious MALpractice. Let’s hope it pricks the cosy, conceited bubble of Mr Farron’s supernatural fantasy world.

As a Christian needing to know the facts of life he should visit the Holy Land as a guest of the Church – preferably the Catholic Church which has a wide presence and probably the best intelligence in the Middle East. But I’ll wager that his trip will be the usual Friends of Israel brainwashing junket hosted by Israel’s Ministry of Foreign Affairs. He’ll come home with his Zionist tendencies greatly inflated and his head full of lies.

So the LibDems’ new leader has all the makings of an Israeli stooge. In which case he’ll have plenty in common with that self-proclaimed Zio-freak and Israel worshipper, our warmongering prime minister David Cameron. In spite of Israel’s continual war crimes – especially those committed during last summer’s 51-day assault on the women and children of Gaza – it’s business as usual with Israel as far as the Cameron Government’s arms dealing is concerned.

His latest mission is to buy lots more drones to counter the ISIL threat. What is the betting he’ll do a reciprocal deal with Elbit in Israel? He’s probably keen to appease the Israeli regime for the demos and activist occupations at Elbit’s factory in Staffordshire which is believed to supply engines for Elbit’s Hermes drones that are used to terrorise and slaughter Palestinian civilians in Gaza.

And take a look at this description of Israel Aerospace Industries’ Harop suicide drone. It loiters over the target then dives into it like a missile. Once launched, they say, it is impossible to cancel the mission!

Is this the next toy Mr Cameron is going to bring home for his armchair killers?

That’s the bad news. Now for something refreshingly different.

The Corbyn challenge promises to be fun

The Labour Party too is seeking a new leader after Ed Miliband’s predicted downfall. In the ensuing contest a maverick outsider has pulled ahead in the polls to become the shock-horror favourite. Jeremy Corbyn, a veteran peace campaigner, an MP of 32 years’ standing and a prominent pro-Palestinian is likely to cause huge upset if he wins through. The other front-runners Andy Burnham and Yvette Cooper, instrumental in spectacularly losing the general election, both voted for the Iraq war and against an inquiry into it (according to theyworkforyou.com). Corbyn’s intervention is therefore causing panic among Labour Party grandees who are threatening to call the leadership contest off.

It goes without saying that the mainstream media are working feverishly to trash Corbyn. Branded a “bearded socialist voter-repellent” by one Tory rag, Corbyn is clearly a worry for the right and the Israel-firsters. A headline in The Telegraph screamed: “Jeremy Corbyn, friend to Hamas, Iran and extremists…. If Jeremy Corbyn wins, Labour will be in the extraordinary position of having a leader with among the most extensive links in Parliament to terrorists”.

The Independent reports that Labour MPs are plotting a coup against Corbyn before Christmas if he wins the leadership and that few of the existing shadow cabinet would wish to serve under him.

This video clip “Jeremy Corbyn I Wanted Hamas to be Part of the Debate” shows an attempt by Channel 4’s Krishnan Guru-Murthy, in bull-boy mode, to humiliate Jeremy by harping on about whether Hamas are Jeremy’s “friends”. Hamas and Hezbollah are certainly not Britain’s enemies, so what was Krishnan’s point? Hamas, let’s remind ourselves, was set up in the late 1980s to resist Israel’s brutal and illegal occupation of Palestine. Since 2006 they have been the democratically elected power but are presently confined to the Gaza Strip after an attempt to overthrow them by losers Fatah in cahoots with Israel, the US, UK and EU.

Hezbollah were created in the wake of Israel’s 1982 invasion of South Lebanon to resist the continuing occupation and further Israeli aggression, including the 2006 war.

Hamas are only regarded as a terrorist organization by Israel’s allies, not the rest of the world. As The Telegraph should know, Hamas’s military wing (the Izz ad-Din al-Qassam Brigades) is proscribed in the UK but not its political wing, so Hamas should obviously be included in peace talks. The same goes for Hezbollah which has seats in the Lebanese parliament. The real problem is the subservience of the Tories and Labour (and our mainstream media) to Israel and its expansionism. 80% of Tory MPs and MEPs are said to be signed-up Friends of Israel and will do nothing to upset that rogue regime or derail its evil schemes.

Note how the UK Government will not lift a finger to break the crippling 8-year siege of Gaza or protect humanitarian flotillas from Israeli assault on the high seas, but would happily bomb the hell out of Libya, Syria or anywhere else the US/Israel axis points its finger.

The struggle against Israel is central to the raison-d’etre of both Hamas and Hezbollah. The West complains that they are supported by Syria and Iran, hence the hostility of our politicians and media. But so what? Israel, Saudi Arabia and other deeply unpleasant regimes are heavily supported by the US.

Corbyn is nobody’s fool. His appearance on the stage could be great fun as well as hugely important.