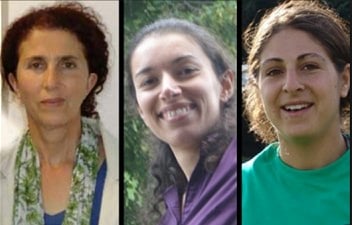 By RUDAW 13 hours ago
French police believe Sakine Cansiz, a comrade-in-arms of Abdullah Ocalan, the PKK leader jailed in Turkey, was the principle target of the execution-style triple killings on the night of January 9, 2013. Photo: AP.

The paper quoted French investigators who said results showed the MIT was involved “in preparing the plans to assassinate” the three female political activists.
Sakine Cansiz, Fidan Dogan and Leyla Soylemez were found dead with bullet wounds to the neck and chest in the Kurdistan information center in Paris in January 2013.

Cansiz was a co-founder of the Kurdistan Workers’ Party (PKK) and a leading figure within the organization in Europe. Dogan was part of the Kurdistan National Congress, based in Brussels and Soylemez was a young activist.

French investigators told Le Monde that, in the absence of sufficient evidence, prosecutors are not able to officially indict Turkish intelligence for the crime. But suspicions against MIT will remain until investigations are complete.