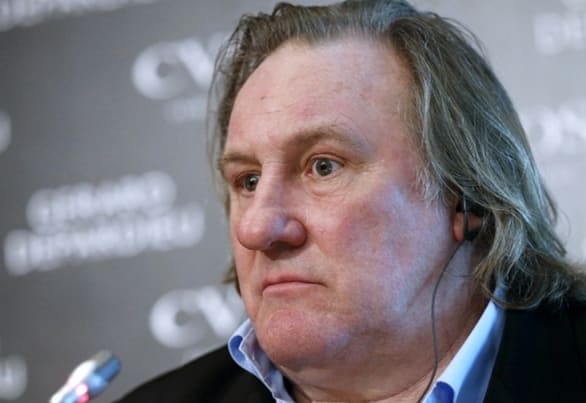 “On July 23, 2015, it was decided that Gerard Depardieu, a citizen of France and Russia, should be banned from entering Ukraine for five years in the interests of security of our /Ukrainian/ state,” the document said.

Ukraine’s Security Service has handed over the materials of Depardieu’s case to the State Border Service of Ukraine.

Earlier, Depardieu and another 567 actors, musicians and cultural workers, whom Ukraine’s Culture Ministry believes to be threatening the country’s national security, were put on a list of dangerous persons. Their names were later handed over to the SBU, Ukraine’s Council for National Security and Defense (SNBO) and the National Council for TV and Radio Broadcasts.

Ukraine’s Culture Minister Vyacheslav Kirilenko confirmed a possibility of imposing individual sanctions on world famous actors. “The ministry has sent a list of 500 people compiled at the request of activists to the SBU, which is supposed to conclude whether they pose any threat to Ukraine’s territorial integrity. Only after that, sanctions can be imposed,” the Ukrainian culture minister said. Ukraine’s culture minister recalled that Depardieu was also on a list of 117 Russian cultural figures who allegedly posed a threat to Ukraine’s national security. The list prepared in January this year has been to Ukraine’s Council for National Security and Defense.

French actor Gerard Depardieu who adopted the Russian citizenship in August last year has made official Kiev angry by saying that he loves Russia and Ukraine, which is part of Russia.