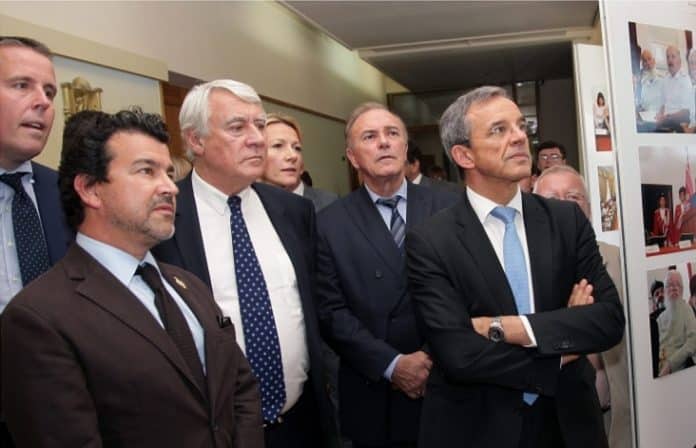 Group of French members of parliament in Crimean Simferopol

According to Logvinsky, Ukraine’s Prosecutor General’s Office has begun an audit against the French delegation that had visited Crimea.

“These French citizens are facing a prison term from 5 to 8 years. An audit has begun following my petition to the Prosecutor-General’s Office of Ukraine.”

“All members of the French delegation – they will all be brought to account. Today or tomorrow – this is just a matter of time. The response will be adequate, believe me,” the Ukrainian lawmaker wrote.

The French parliamentary delegation visited Crimea on July 23 and 24. That was the first visit of Western parliamentarians to Crimea and the city of Sevastopol since last March, when the Black Sea peninsula held a referendum overwhelmingly voting for its reunification with Russia.

After their visit the French parliamentarians said it was necessary to abandon the anti-Russian sanctions and recognize Crimea as part of Russia.

“They say that the Crimean authorities had no legal power to hold a referendum. Of course, they did! The coup in Ukraine was carried out not by Crimea residents, but by the Maidan authorities! I support peace and I am happy that it reigns in Crimea. I favor the resumption of dialogue between Russia and France,” Goasguen said.