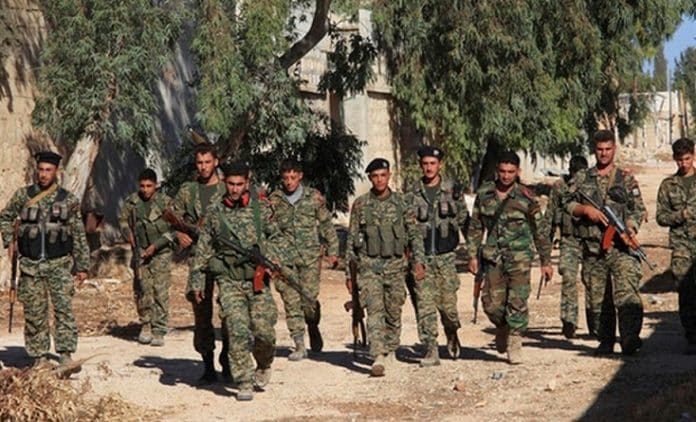 Syrian Forces Kill al-Nusra Front Terrorists in Aleppo
Syrian army troops struck a heavy blow at the Takfiri militants of al-Nusra Front in several areas across Aleppo on Wednesday, leaving a large group of them dead.

The army targeted movements of al-Nusra terrorists in Dweir al-Zaitoun and Tallet al-Mallah in the Northern countryside of Aleppo, killing scores of the terrorists and destroying a number of their vehicles that were equipped with machine guns.

A group of terrorists were also killed and injured in Khan Touman area in the Western countryside of Aleppo.

Terrorists of al-Nusra Front also suffered losses in personnel and equipment during special army operations against their concentration centers in the vicinity of al-Nairab airport in the Southeastern countryside of Aleppo.

Syria has been grappling with a deadly crisis since March 2011. The violence, fuelled by Takfiri groups, has so far claimed the lives of over 230,000 people, according to reports. New figures show that over 76,000 people, including thousands of children, lost their lives in Syria last year.