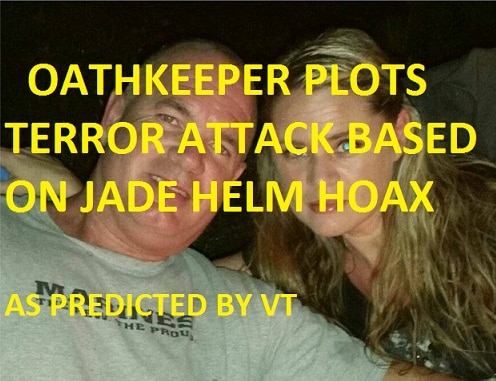 Federal officials say three men arrested in North Carolina were stockpiling weapons for a murderous plot against US soldiers. According to the FBI, the trio believed a Special Forces exercise dubbed Jade Helm 15 was a pretext for imposing martial law.

FBI documents unsealed Monday say the three residents of Gaston County bought guns and ammunition and attempted to build explosive devices, all with intent of killing US soldiers they believed were coming to establish martial law. The three were identified as Walter Litteral, 50, Christopher Barker, 41, and Christopher Campbell, 30. 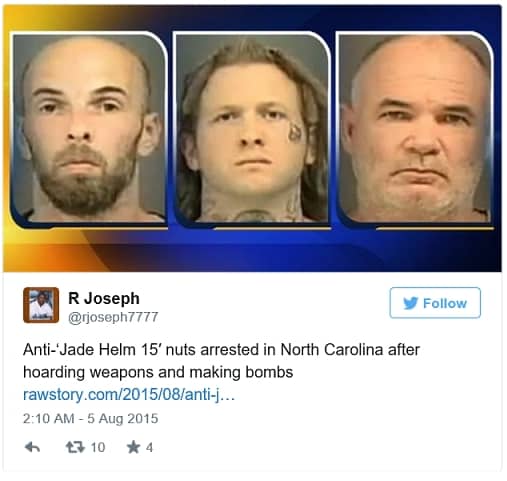 The FBI claims Litteral planned to make explosive devices out of tennis balls covered in nails and coffee cans filled with ball bearings. He also purchased ammunition for a 338 caliber rifle, hand-held radios, Kevlar helmets, body armor and face masks, which the authorities say were to be used in “armed resistance to the feared military occupation,” according to the AP.

Most of the information in the indictment comes from an FBI informant, who opened a military surplus store in Belmont, not far from Campbell’s tattoo parlor, in January. The informant said Campbell approached him with “anti-government” views and introduced him to Litteral.

According to court documents, the two men told the informant that they believed “that the federal government intended to use the armed forces to impose martial law in the United States, which they and others would resist with violent force.”

Litteral and Campbell reportedly began buying military equipment in April in anticipation of Jade Helm 15, a series of controversial military drills in the US Southwest that many believe could be a dress rehearsal for martial law.

Suspicions have been fueled by military maps designating Texas, Utah and a portion of California as “hostile,” the military’s refusal to allow media access to the exercise, and vague official language used to describe the drill.

According to US army documents, the exercises need to place soldiers “outside the normal support mechanisms” and force them to “adapt to unfamiliar terrain social and economic conditions” and an “opportunity to work with civilians to gain their trust and an understanding of the issues.”

FBI’s investigation of Barker, Campbell and Litteral began in mid-June, as the informant claimed the men were attempting to assemble homemade explosives and reconstruct grenades. According to the agency documents, Litteral was also trying to obtain a rifle and ammunition for Barker, ineligible to own firearms due to previous convictions for possession of stolen goods and cocaine.

Jade Helm began on July 15 and is scheduled to wrap up in September. So far the only incident reported was a shooting on Tuesday, when two men in a red pick-up truck opened fire at a group of US Army soldiers at Camp Shelby, Mississippi, one of the training sites for the exercise. No one was injured, and no arrests have been made.

According to the Intercept, the FBI has more than 15,000 informants, some of whom are “professional liars who travel the country as agents provocateur in elaborate stings.” Many of the purported terrorist plots the agency claims to have thwarted were actually set up by the informants themselves, whom the Intercept called“the largest surveillance network ever created in the UnitedStates.”
ATTENTION READERS
Due to the nature of independent content, VT cannot guarantee content validity.
We ask you to Read Our Content Policy so a clear comprehension of VT's independent non-censored media is understood and given its proper place in the world of news, opinion and media.