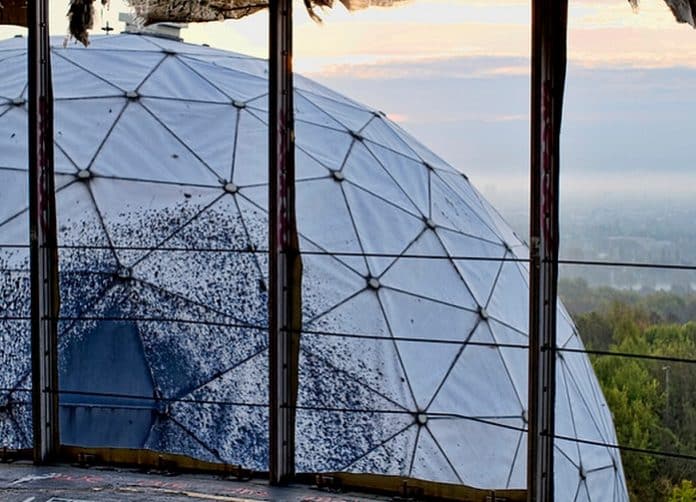 CAGE Africa’s Karen Jayes writes this piece on the leaked spy cables covering hundreds of documents, many of them between South Africa’s State Security Agency (SSA) and its foreign counterparts and government, which have revealed a local intelligence agency that turns staunch in the face of international pressure – in particular pressure from Israel – but has also rendered its citizens vulnerable to surveillance.

(CC image courtesy of Tom Blackwell on Flickr)
Particularly striking among the spy cables published by Al Jazeera and The Guardian, is the extent to which the Israeli intelligence agency, Mossad, attempted to influence and infiltrate South African government policy, particularly on Palestine – as well as the extent to which Israel interferes in Africa, much to the chagrin of South African intelligence officers.Spy cables also reveal attempts to hunt down al-Qaeda by intelligence agencies including MI6, Mossad and South Africa’s SSA, with documents detailing possible plots – all of which never materialised – and pointing out certain individuals.But while foreign intelligence agencies took great pains to convince South Africa that there was an eminent al-Qaeda threat to the country, the South Africans remained unconvinced, saying that most of the threat of terror came from far right-wing movements.
The result is a portrait of foreign intelligence agents attempting to exert foreign policy pressure on South Africa. “What emerges is an attempt by the most powerful states to create a common narrative based on fear of terrorism by bombarding the intelligence services of smaller countries with warnings, in order to shape their priorities,” reports Al-Jazeera. “Western intelligence agencies appear largely oblivious to the SSA’s assessment that al-Qaeda activity in the country is limited to a handful of individuals, mostly transiting to other African nations.”
Israel’s ‘destructive policies’ in Africa
The invisible hand of Israel in Africa’s wars has long been suspected by many, but South Africa’s ‘Geopolitical Country and Intelligence Assessment’ of October 2009 paints a clear picture of just how far it stretches.

Cables detail instances where Israel is“arming some African regimes and aggravating crises among others, including Somalia, Sudan, Eritrea and South Africa”. Israel, claim the cables, “ is looking for new markets for its range of lightweight weapons” and covertly supplies armaments to “selected countries inter alia India” including “nuclear, chemical, laser and conventional warfare technologies”.

In Sudan, Israel is reported to be “fuelling insurrection” and “setting up a communications system which serves to both eavesdrop on and secure the security of presidential telecommunications”.

In Kenya, where government death squads are using counter-terrorism measures as vehicles to mete out terror on activists and Muslims, Israel “exposed to the Kenyans the activities of other foreign spy networks”. In return, the report wrote, Kenya granted permission for a safe house in Nairobi and gave “ready access to Kenya’s intelligence service”.

Most recently, Israel’s serenading of Nigeria’s Goodluck Jonathan resulted in Nigeria abstaining from a UN Security Council Resolution demanding that Israel ends its occupation of Palestine in three years.

During the kidnapping of 200 girls, Netanyahu spoke directly to the Nigerian president, and offered to help, and while US, British and French sent intelligence teams to locate the girls, the Israeli team worked independently, communicating directly with the highest levels of Nigerian authorities.

South African frustrations with Mossad ‘arrogance’
A meeting between a South African spy and her counterpoint from Mossad reveals deep frustrations between the two agencies. In her memo of the meeting, the South African describes the head of Mossad’s Africa service as appearing “extremely arrogant and self-assured” and “prone to be manipulated and exploited”.

South Africa also questions the Mossad’s role in a bomb explosion in South Africa. “A different cable reveals a South African agent suggesting that Israel may have staged false flag operations in order to make the case for greater protection of its embassy and Israeli companies by South African authorities,” reports Al Jazeera.

This brief details discussions around a petrol bomb attack at an Israeli company in South Africa in June 2001, and another “pipe bomb” that had been found and disabled. There is also mention of bomb threats to the Israeli embassy, “which culminated in a man walking in to the embassy to make the same threat in person”.

The South African asks: “was the bombing incident also staged to attract more attention to safety at the Israeli Embassy and other Israeli Companies?”

The cables also revealed that Israel uses its airline El Al, as a front for intelligence activities, confirming a former El Al employee-turned-whistleblower’s claims on South African national TV in 2009.
The author of the document wrote that El Al employees were de facto intelligence operatives, carrying firearms and enjoying unrestricted access to airports, often searching passengers based on racial, ethnic and religious profiles, and often using El Al to sneak into the country undetected.

Cables reveal security loopholes and surveillance of citizens
Large loopholes and gaps in South Africa’s security, as well as its lack of counter-espionage capacity, meant that its high defence capability had been compromised – one cable sites “the theft of Rooivalk Helicopter Blueprints by a known foreign intelligence agency”, missile systems and other intellectual property “at several state-owned enterprises”.

Another spy cable states how South African spies have not been able to neutralise the activities of their France and US counterparts to influence the bidding process on plans to expand South Africa’s nuclear energy capacity.

Reports are also rife of how organised crime presents a serious threat to government, and of how South Africa cyber security is wide open to infiltration by foreign intelligence operatives.

Surveillance of South Africans is also rife and open to manipulation by intelligence agencies. A confidential surveillance policy-and-procedure manual including application forms to conduct surveillance on an individual show a lack of oversight by the Joint Standing Committee on Intelligence and by Parliament on the activities of intelligence operatives.

And while the rules governing the surveillance by South African intelligence seem fair, there is a clause that effectively negates them: “The Director General may approve any deviation from the provisions of this Policy in his/her discretion considering the best interests of the Service.”