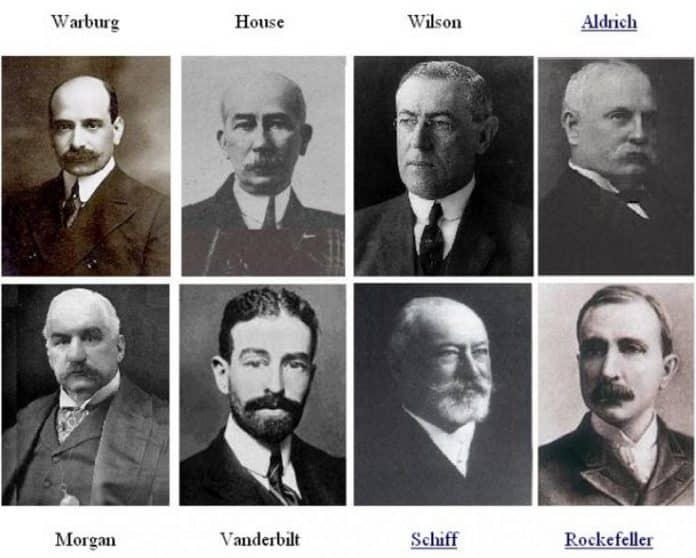 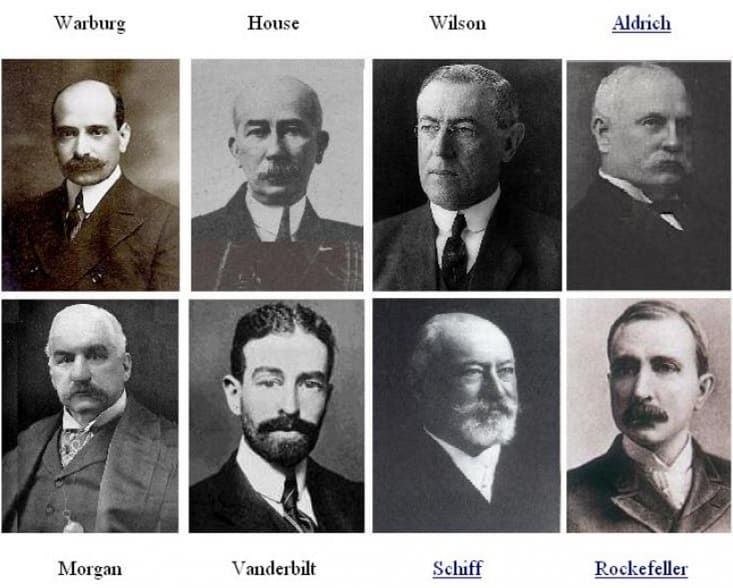 Further to my article : Returning to a Gold Backed Monetary system: What Would Happen If Everyone Joins China In Dumping Treasuries? , in which I outlined the that the days of the dollar as the international reserve currency are over and although not obvious as yet, has been an escalating reality in the last three years. I also pointed out that the value of any fiat currency is based on how fast central banks can print it and not on tangible trade of real assets.

Since Nixon took the world off the gold standard, the Federal Reserve has gone into fantasy overdrive and printed copious amounts of confetti which it has convinced the world is a tangible asset. This has worked for the benefit of those who belong to this insider club, printing themselves into wealth, to the detriment of most of the countries in the world, who have had to pay for the privilege of using pretty pieces of paper with tangible assets and depleting the own resources basically in exchange for USTreasury debt. As a result all countries now hold US debt, which as I speculated on in the above article, is about to change.

In 2014 when the Ruble was devalued, Russia sold USTreasuries and bought more gold and invested in the ruble. When the ruble recovered, they made a profit and had added to their gold reserves.

In 2015 China has retaliated to the market crash in which they lost approx. $3 trillion ( many believe this was another Soros type engineered intervention, as it has happened so many times before) by devaluing the yuan and then selling over $100 billion USTreasuries in exchange for yuan and reinvesting in their own stock market.

Even though history disproves this myth, the world has been led to believe that Gold is not a vehicle for trade and exchange in the markets, through propaganda in the media and the continuous illegal smashing of the gold price as advocated by the BIS and other banks who are members of the Corporate Fascist Vampire Squid. They have done this in order to convince investors and the population in general, that fiat currency, confetti, is the only means of exchange on the international markets and is of equal value to tangible commodities. However, what has hardly been reported is the following from Silver Doctors, as outlined below:

Needless to say, if and when there is real price discovery, the re-hypothecation of gold in the form of GLD certificates is abolished (selling one gold bar to 100 different people in exchange for an IOU) and gold price rigging becomes an international crime, the price of gold will realign itself based on supply and demand and the ever increasing use of gold in international trade. Gold will in all likelihood increase in value dramatically compared to it’s current suppressed price and those countries who have listed gold on their balance sheets at market value will reap the benefits.

Add to this the decline in oil trade agreements using the petro dollar, as Zero Hedge puts it:

In short, the world seems to have underestimated how structurally important collapsing crude prices are to global finance. For years, producers funnelled their dollar proceeds into USD assets providing a perpetual source of liquidity, boosting the financial strength of the reserve currency, leading to even higher asset prices and even more USD-denominated purchases, and so forth, in a virtuous (especially if one held US-denominated assets and printed US currency) loop. That all came to an abrupt, if quiet end last year when a confluence of economic (e.g. shale production) and geopolitical (e.g. squeeze the Russians) factors led the Saudis to, as we put it, Plaxico’d themselves and the US.

The ensuing plunge in crude meant that suddenly, the flow of petrodollars was set to dry up and FX reserves across commodity producing countries were poised to come under increased pressure. For the first time in decades, exported petrodollar capital turned negative.

Collapsing oil prices aside, Iran has been trading oil in exchange for gold and wheat for a number of years, Russia now trades oil and gas in euro, rubles or gold and China trades for oil in yuan and/gold.  China has NOT been buying oil from Saudi Arabia using petro dollars. Which means that Saudi Arabia instead of over priced fixed tenders controlled by the corporate fascist petro dollar and the oil cartels, has now entered the world of a free market economy where price is determined by supply and demand and healthy competition, coming from Russia and Angola. Angola has more oil than Saudi Arabia and China has major investments in oil in that country. Saudi Arabia now has a shortfall of dollars as reserve currency which up until now has kept it in the pound seats where they have been able to afford little hobbies like Isis and the Wahabbi sect.

Add to this a system that has already been put into place throughout the European Union, Russia and Asia for gold to be considered equal if not more desirable than fiat ( confetti) in trade agreements and of equal value as a means of exchange, which in reality paper is not. To date, to the best of my knowledge, nobody so far has a gold printing machine. Unlike paper currencies it does not degenerate and have to be replaced with new notes over time. Gold is not the sole preserve of the Federal Reserve Bank as dollars are, gold cannot be counterfeited and it does not decay. Neither does silver or platinum.

In retaliation against the ever growing real trade market, the central banks have embarked on yet more propaganda, similar to the “war on drugs” and the “war on terror” which have kept the cocaine and heroin industries alive laundering their profits through the banking system and the military industrial complex alive with revolutions and wars created across the planet to feed their killing machine, all upheld with confetti, a couple of trillion that went mysteriously missing from the Pentagon a day before some buildings also mysterious disintegrated in New York. These same criminals have advocated abolishing cash altogether, and if they cannot convince people that credit card debt is a valid form of monetary exchange they will do it under duress with the help of a fascist police state, which always goes hand in hand with a corporate fascist political and economic system, as opposed to a capitalist free market economy based on supply and demand and democratic structures.

By advocating a ban on cash, which would include trade in any form be that two eggs for one pint of milk or one gold coin for a ten crates of beer, the criminal banking system hopes to keep the general population locked into a ponzi scheme of ever growing debt slavery and a debt based society controlled this time not by confetti, but by yet more illusion… numbers on a screen. Again, he who controls the screen controls the numbers in the same way that he who controlled the printing press controlled the confetti. And you can be sure that any zeros you see on your account will be the first or the second number,($0.00) while any zeros on their account will follow on from any given number from 1-9 and go on into infinity. eg: ($666,000,000,000,000,….) What they do not wipe out from your account with debt, they will wipe out through “bail-ins,”  helping themselves to your money to save the banks. They will not repay this money and they certainly will not pay you any interest on the money they have basically stolen form your account.

Only one problem. More than half the world is dumping confetti and returning to real trade in real tangible goods. It would appear that Texas has joined them. While the other half is desperately hanging on to a fake, fantasy system that has managed for over a century to convince people that it is real. The man behind the curtain is about to be exposed.

For every action no matter how long it may take to play out in world history, there is an equal and opposite reaction. Hence the Biblical saying, “the sins of the father will be visited on the children. ” In other words, often future generations pay the price for the misdeeds of their ancestors. The Chinese have another saying, “What goes up must come down.” The universe will always restore balance, eventually. It would appear that the days of Jekyll Island are drawing to a close.