Home World Beware-Aryans For Jeremy Has Launched Its Campaign Today 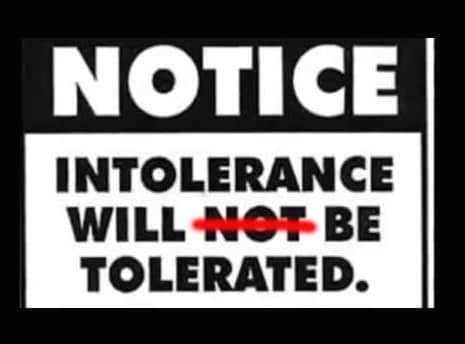 How would you react to such a fictitious headline? What would your reaction be to a news item relating to a campaign by ‘white Brits for Jeremy?’ How would MP Jeremy Corbyn or his campaign respond to such racially oriented support groups? Let me guess, Corbyn would be quick to disassociate himself from such politics for good reason.

This will make it fascinating to see how long it will take Jeremy Corbyn to disassociate himself from ‘Jews For Jeremy’  (http://jewsforjeremy.org/), a Jews only group that was formed this week by a bunch of secular and atheist Jews to support the leading candidate in the contest to lead the Labour Party.

I advise you not to hold your breath. While racism and racial exclusion is, thankfully, totally unacceptable in Britain, Jewish racism is not only kosher, it is actually encouraged within the British and Western Left – embarrassing indeed.

But how did all of that came about: what is the rationale behind the formation of this new Jews only group?

Corbyn’s popularity amongst the Brits is easy to explain. The man speaks for justice, production and working class politics. He’s anti austerity as well as anti war. Corbyn also opposes Israeli politics. This fact was enough to make him uniquely unpopular amongst British Jewry. The Jewish Chronicle revealed last week that “almost seven in ten British Jews are concerned about the prospect of Jeremy Corbyn becoming leader of the Labour Party.”

The Telegraph reports today that Jonathan Arkush, the president of the notorious Zionist Board of Deputies, a body that claims to ‘represent British Jews’, insists that“Jeremy Corbyn must publicly reject Hamas and Hezbollah to win back the trust of the Jewish community.”

‘Jews For Corbyn’ was invented to save the Jews from the disaster inflicted on them by their ‘representatives.’  It was formed to vindicate British Jews by delivering a clear message that a few British Jews actually like Corbyn a lot. They give the next Labour leader a kosher card. “As Jews,” their statement says, “members of the group are alarmed that some unscrupulous sections of the media have sought to label Jeremy Corbyn as an anti-Semite.”

But there is something Jews for Corbyn fail to do, they do not advise us what is it in their ‘Jewishness’ that forms their support of the Labour candidate. They speak repeatedly ‘as Jews’ but fail to tell us what ‘as Jews’ may entail. Is it the blood, the genes, choseness, or is it chicken soup again? Clearly the group statement doesn’t refer once to Judaism, the Torah or Jewish faith. Jews For Jeremy is an ethno-centric exclusive group.

Ian Saville, the Jewish ethnic activist behind the formation of this new Jewish revolutionary brigade, was proud to inform me of the initiative.  When I asked him how many Jews had joined their ranks, he didn’t have an exact answer but mentioned that 271 have already hit ‘like’ on Facebook. I tried to explain to Ian that even if all of these facebook enthusiasts are members of the tribe, it only demonstrates that about 0.0011 of British Jews support Corbyn.

Not very impressive is it?  It is, in fact, far less encouraging than the Jewish Chronicle’s poll results. At least the Jewish paper’s poll suggests that about 30% of the Jews are not concerned by Corbyn’s success. Saville didn’t find that 30% sufficient. He obviously believes in the importance of Jews-only clubs.

I guess that the Jews in the so called ‘left’ who succumb to this form of Jews -only politics fail to understand what Left is. But more devastatingly, they do not grasp the most important lesson of the failure of Zionism, Israel and Jewish politics in general — There is no collective solution to the Jewish Question.

Those Jews who seek a universal and ethical existence must search for a path on their own as individuals. The formation of Jewish exclusive political cells is clearly not the answer, not when it is in support of Corbyn and not when it is in support of Palestine or Palestinians. It only confirms that those Jews who join or support such groups still think in a tribal manner and fail to intermingle with the rest of humanity. They are still attached to choseness.