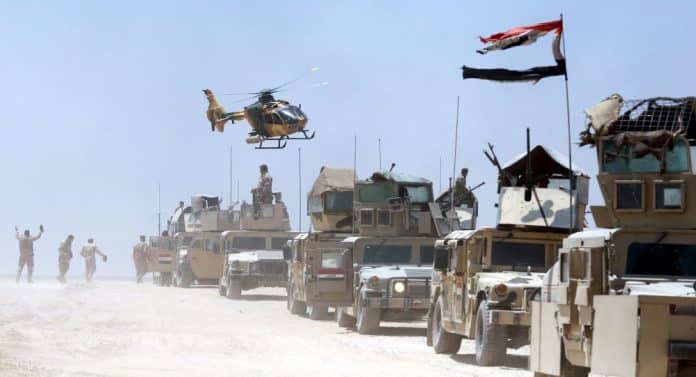 TEHRAN (FNA)- The US military advisors failed to change the mind of the Iraqi forces not to capture Anbar University, an official disclosed.

“The US army advisors providing counseling services to the Iraqi troops tried to prevent the Iraqi Counter-Terrorism forces from capturing Anbar University in the Western parts of Ramadi, but they failed to do so,” Samir al-Shavili, a media advisor of Iraq’s Counter-Terrorism, told FNA on Tuesday.

He noted that the Americans described Anbar University a dark tunnel and also a dangerous place packed with ISIL terrorists in a bid to dissuade the Iraqi forces from seizing the university.

“The Iraqi troops were exposed to mustard gas in the munitions fired by the ISIL as they were winning back the Anbar University,” al-Shavili told FNA at the time.

He said after a thorough physical examination of the Iraqi soldiers who had taken part in Anbar university operation it came to be known that the ISIL had used mustard gas against the Iraqi forces.

On Sunday, the Iraqi army started fresh military operations to take control of a strategic region in al-Anbar province, and killed tens of ISIL Takfiri terrorists in fierce clashes.

The army backed by warplanes was advancing in Anbar province towards al-Khalediya region which is currently under the control of the ISIL terrorists.

The Iraqi officials announced that at least 45 Takfiri terrorists have been killed and their strongholds have been destroyed in the Iraqi army raid.

On Wednesday, Iraqi forces and volunteers reportedly retook the key Jubbah region in Iraq’s Western Anbar province, driving out the ISIL Takfiri militants which had previously held it.

“Joint forces managed to free the Jubbah Region in the Heet District,” an informed source said.

This came as part of operation aimed to re-take the city of Ramadi, the capital of Anbar province, which was seized by ISIL back in May.