Home Life Comment with George Galloway: Who is Responsible for Global Refugee Crisis? 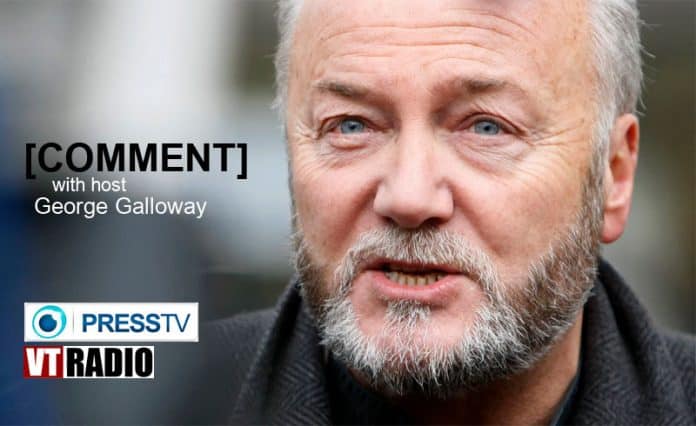 Asylum seekers in Eastern Europe have been forced onto dangerous routes to avoid authorities who have arrested tens of thousands of refugees fleeing war and conflict.

The EU has been widely condemned for its rough treatment of refugees fleeing countries that have been gripped by violence following wars launched by the very same EU nations. Videos online show even a Hungarian camerawoman kicking refugee children and also kicking a refugee man who subsequently fell whilst carrying his young child, nearly breaking the child’s neck.

Meanwhile, Moroccans have paid tribute to Aylan Kurdi by lying motionless on a beach. The three-year old Syrian boy was found washed up on a Turkish shore. In Israel, the regime has drawn condemnation for its plans to build a separation wall to keep out refugees running from war and terrorism. Activists say that Israel is refusing to help or cooperate to relieve the ‘worst refugee crisis since World War II.

In this episode of Comment, we will focus on the recent refugee crisis in Europe and the countries who are to blame for the refugees’ sufferings.