Home Investigations What Does Anti-Semitic Mean? 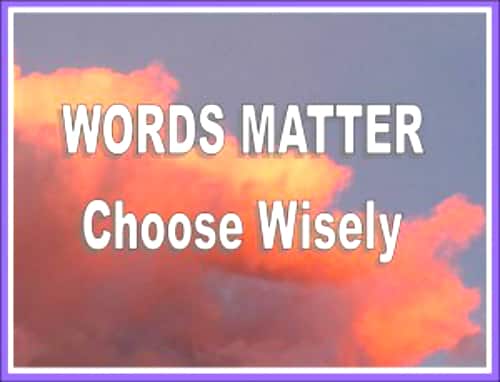 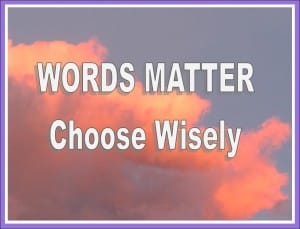 The American founder and Deist Thomas Paine pointed out the importance of the true meaning of words on page 241 of The Age of Reason, The Complete Edition when he wrote, “To show the necessity of understanding the meaning of words, I will mention an instance of a minister, I believe of the Episcopalian Church of Newark, New Jersey. He wrote and published a book, and entitled it ‘An Antidote to Deism.’ An antidote to Deism must be Atheism. It has no other antidote – for what can be an antidote to the belief of a God, but the disbelief of God? Under the tuition of such pastors, what but ignorance and false information can be expected?”

The word “Semite” does include Jews. HOWEVER, it also includes many other people, including Arabs. Is is incorrect for someone to label someone as being anti-Semitic when they really mean they are anti-Jewish.

The war-mongering for Israel and Judaism father of the neoconservative movement who believed the world should be based on the Hebrew Bible/Old Testament, Leo Strauss (who was a Jew), wrote regarding the term “anti-Semite” in his speech/essay Progress or Return?, “… Once progress was indeed achieved, hatred of the Jews could no longer present itself among educated or half-educated people as hatred of the Jews. It had to disguise itself as ‘anti-Semitism,’ a term invented by some bashful German or French pedant of the nineteenth century. It is certainly a most improper term.”

The halakha (the collective body of Jewish law) defines what a Jew is according to Judaism. It teaches that “a Jew by birth must be born to a Jewish mother. Halakha states that the acceptance of the principles and practices of Judaism does not make a person a Jew. But, those born Jewish do not lose that status because they cease to be observant Jews, even if they adopt the practices of another religion.” This definition from Judaism would eliminate all the Gentile people who are considered Semitic.

The US Department of State has a detailed page regarding what anti-Semitism is, along with many contemporary examples. Their definition is from the Working Definition of Anti-Semitism by the European Monitoring Center on Racism and Xenophobia which is, “Anti-Semitism is a certain perception of Jews, which may be expressed as hatred toward Jews. Rhetorical and physical manifestations of anti-Semitism are directed toward Jewish or non-Jewish individuals and/or their property, toward Jewish community institutions and religious facilities.”

Contemporary examples of anti-Semitism given by the US Department of State include “the myth about a world Jewish conspiracy.”

To understand Jewish thought it is necessary to go to the source of Judaism which is the Hebrew Bible/Old Testament. There we see a stated desire for the Jewish state of Israel to rule over the world, which makes the US Department of State mistaken by referring to this fact as a myth. The ancient Hebrews/Jews who wrote the Hebrew Bible/Old Testament had a priority on their agenda: land. As leaders of the Jewish people they knew that their own personal power, wealth and influence would increase when the land the Hebrews/Jews controlled increased. This type of thinking is expressed at Deuteronomy 7:1-6 in which the Hebrew/Jewish writers put these words in God’s mouth:

When the LORD thy God shall bring thee into the land whither thou goest to possess it, and hath cast out many nations before thee, the Hittites, and the Girgashites, and the Amorites, and the Canaanites, and the Perizzites, and the Hivites, and the Jebusites, seven nations greater and mightier than thou; And when the LORD thy God shall deliver them before thee; thou shalt smite them, and utterly destroy them; thou shalt make no covenant with them, nor shew mercy unto them:  Neither shalt thou make marriages with them; thy daughter thou shalt not give unto his son, nor his daughter shalt thou take unto thy son. For they will turn away thy son from following me, that they may serve other gods: so will the anger of the LORD be kindled against you, and destroy thee suddenly.
But thus shall ye deal with them; ye shall destroy their altars, and break down their images, and cut down their groves, and burn their graven images with fire. For thou art an holy people unto the LORD thy God: the LORD thy God hath chosen thee to be a special people unto himself, above all people that are upon the face of the earth.

This genocidal Bible teaching makes very clear that those who wrote it, the Jewish clergy who were pretending they were writing for The Supreme Intelligence/God, ordered their fellow Hebrews/Jews to slaughter their neighbors who were all Semitic people. Also revealed in these Bible verses is the motive for the Jewish clergy to issue such orders: job security for the clergy. They portray God as an insecure and fearful entity who is afraid that if the Jews don’t commit genocide against their neighbors, then their neighbors will turn the Jews away from following God. Of course in reality this means if the Jews start to follow a religion other than Judaism, they will stop supporting Judaism with their tithes and offerings and the Jewish clergy will suffer. And after ordering the destruction of these people and their religions the Jewish clergy pumps up the self-image of the Jews with a false sense of Jewish superiority by claiming God chose them “above all people that are upon the face of the earth.”

Deuteronomy 28:1 delivers another blow to the US Department of State’s belief that it is a myth that Judaism teaches Jews that they will rule over the world. It reads, “And it shall come to pass, if thou shalt hearken diligently unto the voice of the LORD thy God, to observe and to do all his commandments which I command thee this day, that the LORD thy God will set thee on high above all nations of the earth:” By hearkening diligently to the voice of the LORD thy God in actuality means listening to the voice of the Jewish clergy. God has nothing at all to do with the Bible and its brutality. And this verse makes clear the aim of Judaism is not only for Jews and Israel to rule over Israel and the Middle East, but over “all nations of the earth.”

The Jewish clergy who wrote the Hebrew Bible/Old Testament were aware that not all Gentile people will voluntarily surrender to them. This realization inspired them to put a threat against the Gentile nations who refused to submit to them in their Bible. This threat is found at Isaiah 60:12. In this verse the Jewish clergy put this threat in the mouth of The Supreme Intelligence/God: “For the nation and kingdom that will not serve thee shall perish; yea, those nations shall be utterly wasted.” On its face this threat seems far-fetched. However, when you realize that Israel has a growing and unchecked nuclear arsenal that it has been building for decades and also has a growing fleet of high-tech submarines that can deliver nuclear warheads virtually anywhere on our planet, this Biblical threat is getting more and more real by the day.

Thomas Paine understood the purpose of the Hebrew Bible/Old Testament and warned us about it in his outstanding book on God, Deism and religion, The Age of Reason. In it he wrote things that the US Department of State would probably classify as anti-Semitic. For example he wrote, “The Jews made no converts; they butchered all.”

Paine also wrote in The Age of Reason:

Could we permit ourselves to suppose that the Almighty would distinguish any nation of people by the name of His chosen people, we must suppose that people to have been an example to all the rest of the world of the purest piety and humanity, and not such a nation of ruffians and cut-throats as the ancient Jews were; a people who, corrupted by and copying after such monsters and impostors as Moses and Aaron, Joshua, Samuel and David, had distinguished themselves above all others on the face of the known earth for barbarity and wickedness.

If we will no stubbornly shut our eyes and steel our hearts, it is impossible not to see, in spite of all that long-established superstition imposes upon the mind, that the flattering appellation of His chosen people is no other than a lie which the priests and leaders of the Jews had invented to cover the baseness of their own characters, and which Christian priests, sometimes as corrupt and often as cruel, have professed to believe.

Thomas Paine called on Deists to take a stand against “revealed”/hearsay religions for The Supreme Intelligence/God when he wrote, “It is a duty incumbent on every true Deist, that he vindicate the moral justice of God against the calumnies of the Bible.”

A message from the author: The World Union of Deists is offering thought provoking Deism/Thomas Paine t-shirts from now until September 30th. You can check them out here: http://www.booster.com/thomas-paine   All orders help us continue to work to get the word out about Deism!