Home World Where is World Heading? 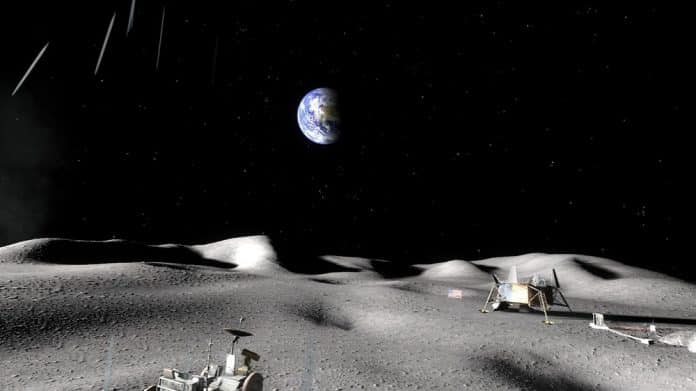 Zoom out to the Moon, sit on the ridge of a crater and watch the world from a distance. Where is it heading?

Dynamic shifts are taking place. On the financial front, more and more countries are no longer using the dollar as the international reserve currency, they are doing direct trade in their own currencies and through commodities exchange. Coal for wheat, gas for gold.

Gold, the real stuff, is re-emerging as sound and solid money (not to be confused with GLD certificates which are basically an IOU for gold that does not exist.) Real gold is preferable in many instances to fiat money markets where he who owns the printing press can create as much wealth as they wish. Which was fine, so long as those particular pieces of paper were used for all international trade. But what happens when the music stops? What happens when the world at large returns to sound money, to real trade in goods and drops the fantasy?

The BIS, the World Bank, the IMF and Swift no longer have a corner or a controlling interest on the world’s economy. The criminality of the IMF was clearly exposed by John Perkins in “Confessions of an Economic Hitman.”

Further to this criminality of the corporate fascist banking system is the upcoming proposal of the TPP and TTIP agreements also see: TPP, $3.5 Trillion Stolen, Gold Price Rigging, Colour Revolutions and hanging out with BRICS. (http://theinternationalreporter.org/2015/06/19/tpp-3-5-trillion-stolen-gold-price-rigging-colour-revolutions-and-hanging-out-with-brics/)

As James Corbett in How the Banksters Play “Good Cop, Bad Cop.” explains:

“BIS was founded in 1930 as an outgrowth of Rockefeller Trustee Own D. Young’s so-called “Young Plan”; to chain German payments for the unpayable WWI reperations scam to a consortium of financiers led by J.P. Morgan. It is located in Basel, Switzerland but is above Swiss law by terms of a treaty that makes the bank “inviolable” and free from search, seizure or interference in any way by Swiss authorities. And it was identified as the apex of a global system of oligarchical control in a shockingly frank passage by Georgetown historian (and Clinton mentor) Carrol Quigley in “Tragedy and Hope”:

“The Power of financial capitalism (corporate fascism) had a far reaching plan, nothing less than to create a world system of financial control in private hands able to dominate the political system of each country and the economy of the world as a whole. This system was to be controlled in a feudalistic fashion by the central banks of the world acting in concert, by secret agreements arrived at in frequent meetings and conferences. The apex of the system was to be the Bank for International Settlements in Basel, Switzerland, a private bank owned and controlled by the world’s central banks, which were themselves private corporations.”

This controlling interest is now being challenged by Russia and China setting up their own “Swift” systems; the AIIB bank which has been joined by most European as well as Eurasian countries totalling 50 nations in all with the exclusion of the USA and Japan; and the BRICS development bank, which incorporates the continent of South America with Brazil as a member, and Africa with the BRICS subsidiary bank in Johannesburg South Africa. As Andile Ntingi writes in Brics brings SA trading and banking wins

“The NDB will reduce dependence by Brics countries on Western-led global finance institutions, the World Bank and the International Monetary Fund (IMF), and offers an alternative funding source for developing economies.

Another attractiveness with Brics Bank is that it will not attach unfair conditions on its loans to the borrowers, unlike the World Bank and the IMF which forced developing countries to adopt the so-called structural adjustment policies as part of their loan packages.

These policies forced developing nations to follow a mixture of austerity measures, privatisation, and opening up their markets to foreign competition. More often than not, these policies had a devastating impact on the economies of poor countries.”

“Now what is very likely to emerge in the current extraordinary situation is a negotiated arrangement between Putin’s Russia and the Saudi-led OPEC oil producers of the Middle East, including Iran, to devise a new ordering of world energy supply, one independent of the near century of Anglo-American domination. The benefits of such a new world ordering are simply too great for all involved parties to ignore.

Both the control of the money markets and the oil industry is now out of the hands of the dollar and the petro dollar.

If you look at the front page of the Economist, with all the world leaders standing together, you will see exactly where the UK and Germany are going. Merkel is in lockstep with Putin. The UK has already moved east. All that gold moving from London to Shanghai is not only Chinese Gold. It is British Gold.

For all the anti colonialist British Empire rhetoric, the UK has had long historical ties with Hong Kong, Shanghai and India that go back to the 17th century, four hundred years of trade and commerce via shipping. India is also an English-speaking country, and has absorbed much of English literature and culture. Many Indian families who now live in Britain not only consider themselves as British but still have strong ties to their country of origin, both culturally and economically.

Europe in turn has had thousands of years of trade and commerce with the east overland. The Silk Road project will re-establish these ties resulting in cheaper costs through fast rail instead of expensive ports and boat yards. The plan is for fast rail going from Beijing to Lisbon.

The Berlin Wall really has come down, the east is no longer locked into a communist economic system and has developed into social democracies, with a balance between private enterprize and government owned and controlled industries whose profits are used for the benefit of their citizens in education, health transport and security.

With a growing middle class in the east and population figures in the billions, it is obvious where the next market growth and investment capital will flow. It is going to be an interesting century and by the end of it the world will look completely different to how it looks today.

“Horst Seehofer, a man who, prior to his being appointed to be the Party-chief had been Chancellor Merkel’s Agriculture Minister, has now turned against Chancellor Merkel (who until now was the most powerful leader in all of Europe) and denounced her policy on the refugee crisis, and has now stated publicly that Germany should instead ally with Russia and against NATO on the entire Syrian war.“

Many Germans who have business interests in Russia have resented the sanctions placed on that country, as does France. 2014 saw farmers across the continent either giving their produce away or dumping it on municipal buildings. As far as many Europeans are concerned, the sooner these sanctions are lifted the better.

While in the UK,  Labour leader Jeremy Corbyn was elected with huge mandate.  He expresses the sentiments of the majority of the United Kingdom who are tired of the wars in the Middle East, and want Britain to move out of the influence of American imperialism.

“During his three decades in parliament, Corbyn has spent much of his time championing causes such as the Stop the War coalition, campaigning against the private finance initiative and supporting peace efforts in the Middle East.

In the campaign, he promised to give Labour members a much greater say in the party’s policymaking process, in a move that could sideline MPs. His key proposals include renationalisation of the railways, apologising for Labour’s role in the Iraq war, quantitative easing to fund infrastructure, opposing austerity, controlling rents and creating a national education service.”

It is a great pity that the USA did not opt for co-operation with their Western neighbour Russia, and build a bridge to the east from their western shoreline. Instead they want to “own” Russia, in the same way Chevron and Monsanto  have bought out Ukraine, a shortsighted, egotistical and self-defeating policy that has its origins in Breziski’s Grand Chessboard. This was the political end game, a game which has clearly been check mated in the last five years by both Russia and China.

Another manifestation of world-wide opposition to the corporate fascist system, is the major backlash in both the east and the west against genetically modified seeds. Roundup, a costly herbicide that farmers are forced to use on GMO products has been deemed by the World Health Organization as carcinogenic contributing towards the increase in cancer rates worldwide.

An even greater backlash has erupted over the very concept of patenting food sources, from maize, vegetable and fruit products to genetic patenting on cattle, chickens and fish.

This is a corporate fascist model that threatens to take food security out of the hands of the public and put it into the hands of a few companies who will increase their market share, control food production and hold the world to ransom with ever-increasing prices at the grocery store. From farming as we know it, they have moved onto “patent” farming, and one day you could be sued for producing seeds and plants from your own produce and animal breeding because they own the patent.

The corporate fascist model of the West and the Octopus Squid (https://www.newscientist.com/article/mg21228354-500-revealed-the-capitalist-network-that-runs-the-world/) has not enamoured itself with the rest of the world, if anything it has met with a carefully planned and executed resistance and the establishment of a multi-polar world order with a Federal United Nations system supported by 75% of the countries of the world, as opposed to a uni-polar, one world, New World Order that George Bush Senior spoke openly about.

This NWO in the last five years has been executed through “colour revolutions (http://orientalreview.org/wp-content/uploads/2015/08/AK-Hybrid-Wars-updated.pdf)” and directed by institutions such as Project For the New American Century, the Brookings Institution and the Council on Foreign Relations. Basically buying the world and owning it through the neo-con, corporate fascist, Octopus Squid. (https://www.newscientist.com/article/mg21228354-500-revealed-the-capitalist-network-that-runs-the-world/)

Bottom line? The world has decided it is not for sale. The price is too high. Nations of the world are not a McDonald’s outlet or a Wall Mart outlet, they actually have ideals, customs and identities of their own. Nation Statehood, independence, language, culture and identity still have meaning as do family owned retail, small scale farming and small business development. Diversity is the name of the game, and uniting in that diversity is the challenge in the 21st centuy.

About Author: Katherine Frisk is a freelance writer, political commentator and the author of Jesus Was A Palestinian.