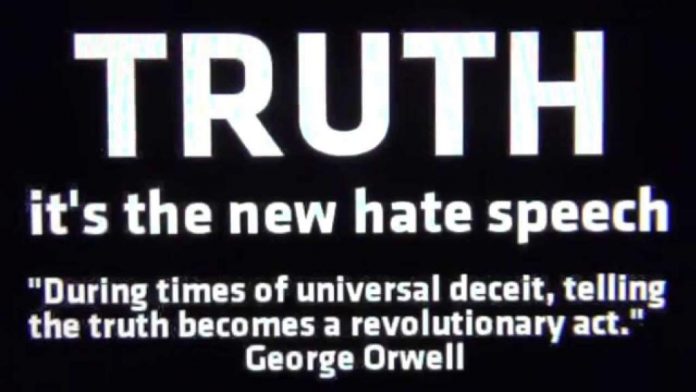 My daughter, Delilah, has been reading your articles and has given some of them to me.

I have always found your articles to be both offensive and counterproductive, especially your latest, The Big Picture, which was found on Rense.com … or maybe … Veterans Today.

Holding true to a spiritual path should be foremost in our lives, with no negative impositions. But this is America, where I suppose you are free to write what you will.

What part of my article (The Big Picture) do you consider to be over the top or untruthful?

But a more important question is … how can any spiritual path be complete without understanding and disagreeing with the evil that has been committed in our names?

I assume you are into the New Age movement, which is actually a military campaign into the fertile world of those seeking spiritual enlightenment. This incursion has one overriding message: Never have a negative thought.

What is not recognized by many of those who are sincerely searching to advance their spirituality is that the New Age movement is an artifice – a clever deception, which is meant to trap unsophisticated neophytes into never having a negative thought, particularly about the geo/political events in our world.

In other words, ignore the routine crimes against humanity committed daily by the US government.

Have you ever noticed how many New Age books are printed, yet so few books exposing governmental crimes ever see the light of day?

Ariel, America was once a country where we all had great freedom of expression. Today, however, more and more people are not allowed to express their opinions. Such people can even be arrested for violating federal hate crime laws by transgressing some artificially imposed politically correct banality. 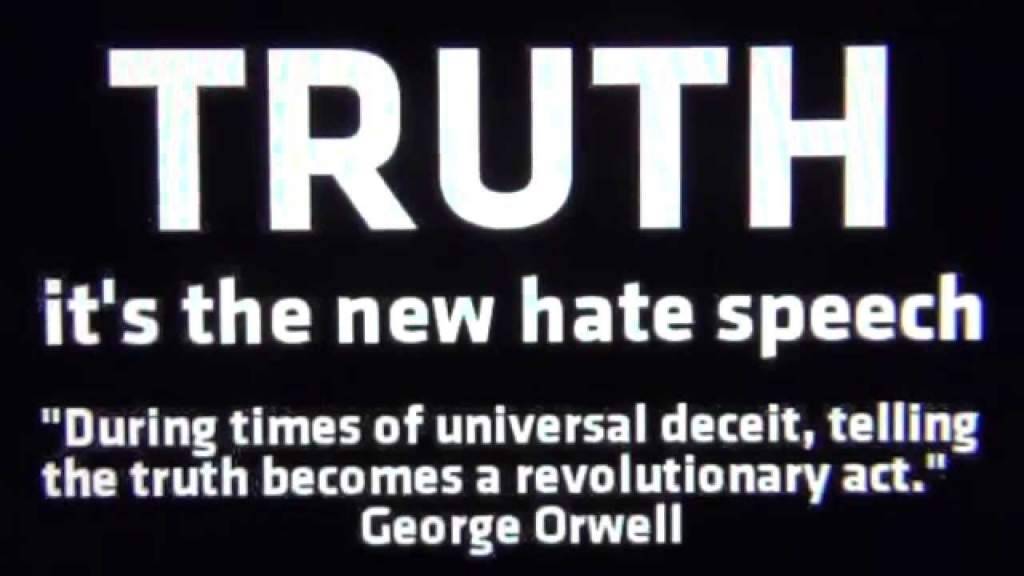 Since the middle of the 20th century, the American political system (and media) has pushed cultural Marxism through its covert promotion of political correctness.

Initially, there was a widely held agreement that political correctness was just a series of jokes; but the jokes soon became the most contemptible gag ever to be perpetrated on the American public.

Yes, a gag is a joke, but the word gag is a homonym – a word with two different meanings and origins, but with the same spelling. The word gag also means to restrict freedom of speech and to stop the dissemination of information, especially when such data exposes the most serious of governmental crimes.

Sadly, however, the establishment’s gagging of Americans has not stopped with the muzzling of our speech. It has substantially degraded the viewpoints of a great many of us. Government public schools play their part in this degradation by purposely limiting the vocabularies of students in order to restrict their breadth of thought.

Thinking people are a concern of those who control governments. And as a result, the collective moral and ethical beliefs of America have severely been undermined.

The crowning victory of the cultural Marxists has been to make two words the most politically incorrect in our history – CONSPIRACY THEORIST.

That and the bogus government claim of NATIONAL SECURITY effectively stifle any exposure of high-level crimes, just as it was planned.

Champions of the political correctness scheme include government bureaucrats, elected politicians, corporate boards, religious leaders, and of course the sycophants of the mainstream media.

For decades Americans have been doused with misleading and biased agitprop (a combination of agitation and propaganda) meant to revise common sense and our proven paths to optimum survival.

What is routinely not understood about cultural Marxism and its devious tools of oppression (their political correctness nonsense, agitprop, and phony media surveys) is that chaos and destitution is its purpose.

It all starts ever so slightly on a gradient scale. For days, weeks, months, years, and decades, the media (movies, books, television) and public schools) has told us all about homosexuals who were ostracized.

Then the gradient was stepped up to endless stories about gays being bullied, then beaten, tortured, or even killed. You see, effective political correctness must build on man’s empathy for man and all other forms of life.

So from feeling the justified compassion we once felt for rejected homosexuals, many of us, today support the violation of God’s matrimony between a man and woman.

The agitprop concerning homosexuals has now leaped to heroizing gays and transsexuals, even setting them up as role models for our youth – this is their cultural Marxism at work, and it is most devastating to a healthy society.

Coming on the agenda for the cultural Marxists is the public acceptance of pedophiles as exceptional people with special sexual desires, with tolerance of bestiality to follow. As a bridge to this madness, radical feminists will be given hours of TV time saying We live in a rape culture. Of course there will be no proof to backup such nonsense, but political correctness is not base on reality – it’s brainwashing, pure and simple.

This is how all political correctness cliches work – going from the acceptable to the utterly outrageous, with few ever noticing the negative retrogression and retreat from sanity. In fact, most people think political correctness merely sprang from an agreement amongst the people at large, never dreaming it has always been imposed upon them.

But be absolutely assured that any and all political correctness has a despicably ignoble goal.

The US cultural Marxists work for the banking cartel and corporate fascists of Europe, who gave millions of dollars to Bolsheviks and sent them into Russia where they murdered and imprisoned millions of people.

Today, their target is America, the last standing rampart of hope for a free and prosperous people. And within this bastion of potentials are those of the New Age movement. Do they possess the capacity to bring America back to her spiritual roots?

Only if they raise their confrontation of evil.

Perhaps, Ariel, we could trade skills, with me teaching you about the hard geo/political facts of life, while you tutor me on how to meditate effectively – that way, we could both enhance our spiritual journeys.

But if I don’t hear from you again, allow me to wish you good fortune.