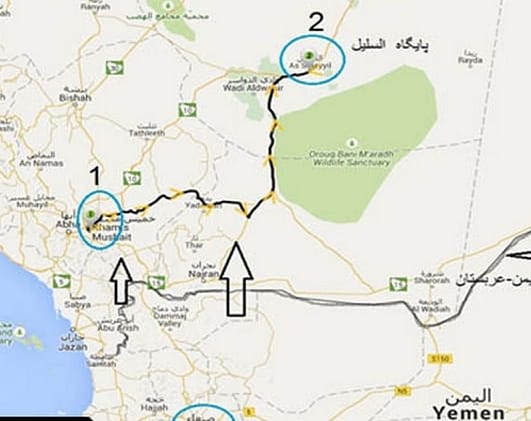 Israel’s Air Bridge to help Saudi war in Yemen
An Israeli Air Force 747 aircraft Boeing carrying weapons, missiles and other equipment landed in Khamis Mushait base in Asir in Saudi Arabia to assist the coalition in the war against Yemen led by Riyadh.

According to  Al-Alam News Network report on Saturday, citing local sources in Asir region in the West of Saudi Arabia, these equipment will be used in support of the coalition air forces in various regions of Yemen.

The sources said that the Zionist regime has required an air bridge with Khalid bin Abdul Aziz Air Base in Khamis Mushait, Saudi Arabia to support the coalition of Saudi Arabia and the Arab countries to supply arms, ammunition and missiles for them.

According to sources in Yemen, besides Saudi Air Force Commander, about 20 Israeli officers and more than 60 Saudi officers and soldiers were killed by Yemeni army’s “Scud” missiles to the main air base in Khamis Mushait in Saudi Arabia.

At that time, Yemeni armed forces announced that a number of commanders from Saudi Arabia, the US and Israel were killed in a rocket attack on the air base Khalid bin Abdul Aziz in “Khamis Mushait”.