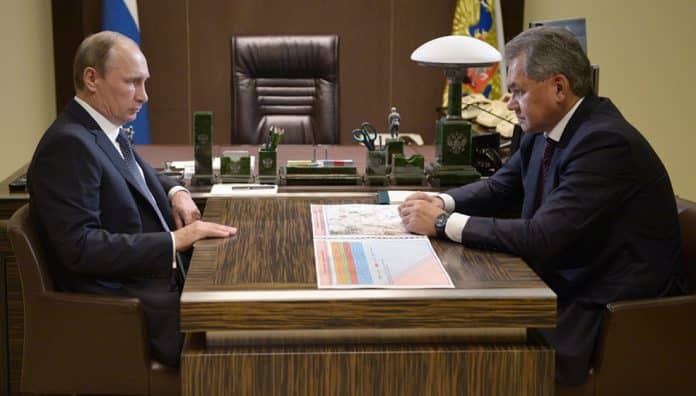 “During [my] recent visit to Paris, French President Francois Hollande expressed an interesting idea, saying it is worth trying to unite the efforts of [Syrian President Bashar] Assad’s army and the so-called Free Syrian Army,” Putin said during a meeting with Defense Minister Sergey Shoigu.

He said, however, that Russia does not know where exactly the FSA is or who heads it.

“If we assume that this [FSA] is the military wing of the so-called healthy part of the opposition, then uniting their forces [with Assad’s army] against the common enemy – ISIS, Jabhat al-Nusra and other terrorist organizations – could create good ground for the political settlement in Syria,” Putin added.

According to the Russian president, a political solution should end conflicts like the one in Syria.

“Such conflicts should end through solving political issues,” he said.

“We know how complicated these anti-terrorist operations are. It is too early to review the results, but what has been done deserves high positive assessment.”

Russia will give support to the Syrian Army’s fight on the ground against Islamic State, Putin said.