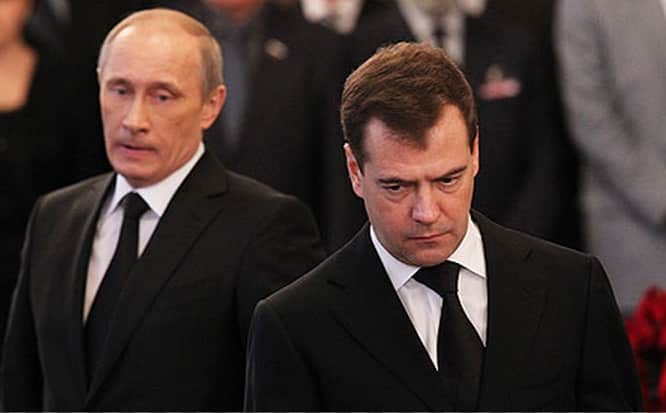 MOSCOW, October 13. /TASS/. Russian President Vladimir Putin has expressed bewilderment on Tuesday over the targets of US airstrikes in Syria.

“On Sunday, the American aviation bombed out an electrical power plant and a transformer in Aleppo. Why have they done this? Whom have they punished there? What’s the point? Nobody knows,” the president said at a meeting with the Russian government members.

Saying that the United States’ airstrike targets in Aleppo were strange, the Russian president said he was certain that “Everything will become clear and fewer mistakes will be made if direct and business-like contact is established with a view to settling all the problems, including those in the financial sphere.”

The president touched upon the issue of misunderstanding between different countries talking of another problem – the settlement of the Ukrainian debt to Russia.

“These matters should be once again discussed in a calm working atmosphere with the aim of finding a solution so that all problems are not shifted to our shoulders again,” Putin said, citing as an example the statements that Russia has allegedly aimed at the “wrong” targets in Syria.

Previously, Putin said that Russia’s military role in Syria will not involve a ground operation.

“We’re not going to do it, and our Syrian friends know about it,” he told state TV. Putin also said Russia has no reason to get involved in Syria’s civil war. “It is not about the foreign policy. Russian foreign policy is peace-loving without any exaggeration,” Putin said. According to him, “If you look at the world map, and see what Russia is, it becomes obvious that we do not need any foreign territories or foreign natural resources. Russia is a self-sufficient country. We do not need someone to fight and conflict with.”

Putin also dismissed the West’s allegations that Russia is trying to wipe out Syrian dissidents who oppose Syrian President Bashar Assad. “In response to the accusations against us that we carry out airstrikes on the moderate opposition, and not on IS and other terrorist organisations, we respond: Let’s say you know better the situation on the ground. You’ve been there for more than a year illegally. Just give us targets, and we’ll work them out.”

“We have proposed to Americans what President Vladimir Putin informed the public about yesterday, namely, to send a delegation of military experts to Moscow to agree on a whole number of joint steps, afterwards we would be ready to send a high delegation led by Prime Minister Medvedev to Washington,” Lavrov told the Russian Parliament on Thursday.

“Today we were told that they will not be able to send a delegation to Moscow. At the same time, they are unable to receive our delegation in Washington,” he added.

READ MORE: Lavrov: Unclear what exactly US is doing in Syria & why results so insignificant

The top Russian diplomat also said that when Moscow invited partners to join Baghdad-based anti-terrorism center it got unconstructive response.

“We invited our other partners to take part in activities of the information center so that everyone could see the full picture, so that everyone is on the same page to avoid any misunderstanding. The response was unconstructive. They said why in Iraq? It is not safe there. We explained that according to our estimates, this center can operate in quite favorable conditions. But if there is a wish to coordinate actions in some other place, we are ready for this,” Lavrov said.

“The agreement on the military-technical measures to prevent incidents in the air, which has been practically achieved, will start working from day to day, I hope. Today the finishing touches will be given to coordinate all of its points,” Lavrov told the State Duma.

“And then we are ready to sit down and discuss things, with all the cards in our hands: where THEY think terrorists are, where WE think they could be… I’m sure that if we work honestly, those evaluations will coincide.”

“We should all start with showing our cards, both in direct and indirect sense,” the minister stressed. Then our actions would speak louder than words, calling on the fight against terrorism. I don’t see any reason why we shouldn’t sit down and discuss [these] things.

“Perhaps, the West thinks that Islamic State [IS, formerly ISIS] and Assad should just deplete each other,” he said. But I wouldn’t like to think that our Western colleagues are being guided by such ‘simplified’ logic.”