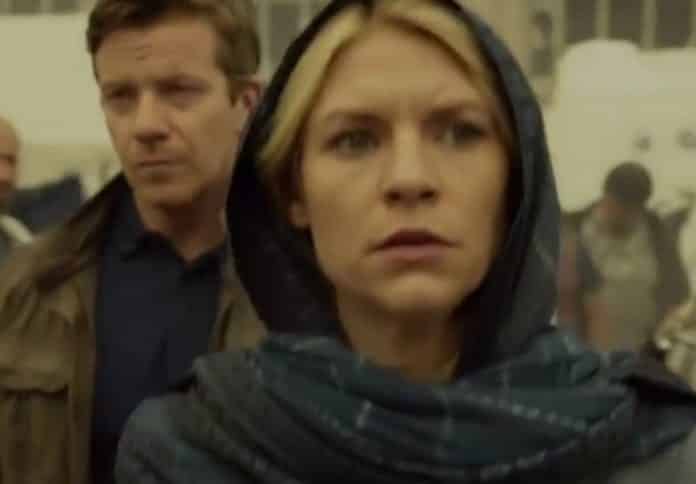 Homeland, the award-winning TV show where the CIA takes on Muslim extremism, has been hacked by its own production crew – three of whom inserted secret messages into a fresh episode in a bid to expose the show’s reductive impression of the Middle East.

It is no secret that Homeland is well-produced, well-acted, and looks incredibly high-budget. After all, for a show dealing with the touchiest of all themes today, it seems obvious that creators would want to go for full-on authenticity – whether it be depicting the dealings and motives of terrorists, CIA tactics, or the differences between the numerous Muslim elements that play a role in the current conundrum.

But the show has faced mounting criticism every season for its alleged Islamophobia, bigotry, and haphazard approach to the Middle East, not to mention grave factual errors that create damaging stereotypes. According to the show’s critics, the most basic errors often pop up, and they are all over the place – from word pronunciation to mixing up allegiances, and creating fictitious international situations that appear to intently be trying to provoke the viewer into critical thought (one only has to remember that it was Iran, of all countries, that wanted to fund a terrorist attack on the US; or that the Sunni Al-Qaeda and the Shiite Hezbollah are great buddies).

But this time, a few of those critics took their opinion to the next level. When filming a scene at a refugee camp in episode two of the fifth season, three graffiti artists were hired to make the visual aesthetic look authentic. As Carrie Mathison, former CIA employee and the show’s protagonist, walks past the defaced walls on her way to meet the evil Hezbollah, what is actually written on them is not at all what the show’s creators had in mind. And they might have caught it too – but the artists’ work was never checked, presumably, because Arab writing is Arab writing, and that’s all there is to it.

What the walls are actually saying is “Homeland is racist,” or “Homeland is a joke, and it didn’t make us laugh,”“the show does not represent the views of the artists,” and others. At one point, one can even see a ‘#’ symbol next to a phrase. That phrase is actually “BlackLivesMatter.”

The artists Heba Amin, Caram Kapp, and Stone released a statement, explaining why they were pushed to such extremes.

“What’s wrong with Homeland’s political message? The very first season of ‘Homeland’ explained to the American public that Al Qaida is actually an Iranian venture. According to the storyline, they are not only closely tied to Hezbollah, but Al Qaida even sought revenge against the US on behalf of Iran. This dangerous phantasm has become mainstream ‘knowledge’ in the US and has been repeated as fact by many mass media outlets,” they wrote.

According to the three, they were contacted by a colleague in the field about the possibility of doing work for Homeland. They were apprehensive at first, but then “considered what a moment of intervention could relay about our own and many others’ political discontent with the series. It was our moment to make our point by subverting the message using the show itself.”

The artists were handed sample graffiti photos of what might be drawn on the walls of a Lebanese/Syrian refugee camp. That is when the idea was fully concocted.

“The content of what was written on the walls…was of no concern. In their eyes, Arabic script is merely a supplementary visual that completes the horror-fantasy of the Middle East, a poster image dehumanizing an entire region to human-less figures in black burkas and moreover, this season, to refugees.”

“It is clear they don’t know the region they are attempting to represent,” the three told The Guardian. “And yet, we suffer the consequences of such shallow and misguided representation.”