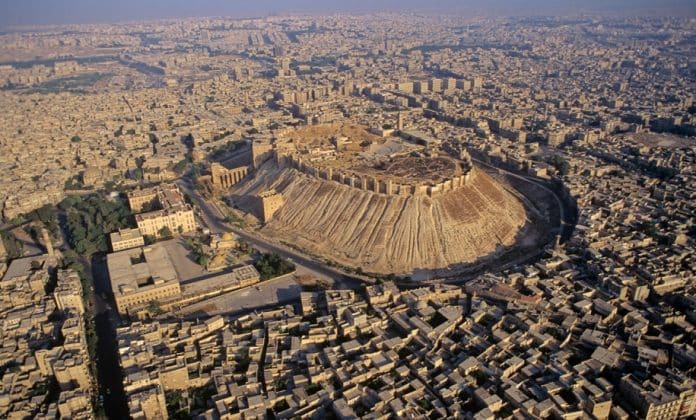 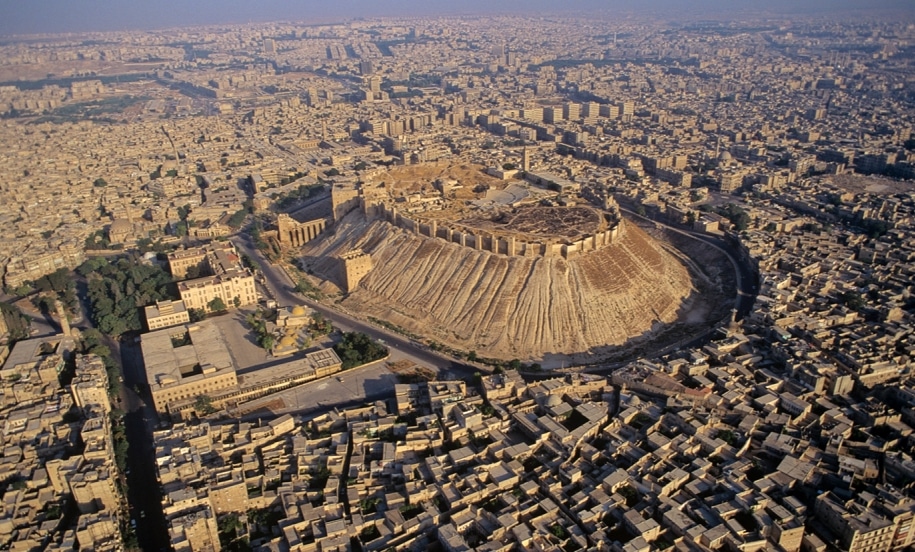 Update:  America has launched a second attack on the Aleppo power plants (read below)

They say an animal is most dangerous when cornered

Last week two American F-16s attacked the city of Aleppo in Syria, a city of 2.5 million people, one of the oldest inhabited cities on earth.  Russia’s President Putin called the attack “strange” and questioned America’s motives.  In the aftermath of the attack, the reasoning behind the seemingly bizarre assault has become clear, America is trying to bring down the Assad government using germ warfare.

Syria’s natural water supply, the Euphrates River, carries cholera of course, but also dozens of waterborne illnesses totally resistant to antibiotics where even the best palliative care is unlikely to guarantee a favorable outcome.

Back in 2013, Aleppo was under a similar assault, Sarin gas, blamed on the Damascus government, a “red line” that nearly brought on an American air assault against Syria.  When it was discovered that the Sarin gas had been produced by an American research facility in Tbilisi, Georgia, later subject of a Russia Today documentary banned in the US,  and smuggled into Syria witnessed by a Press TV film crew headed by Serena Shim (murdered in Turkey), America stood down.

The current attack, coinciding with both the refugee crisis in Europe and the large scale military operations that are cleansing Aleppo Province of coalition backed “moderate terrorists,” is in all probability what brought the Pentagon to the point of taking out Aleppo’s water purification facilities.  America’s goal was to start a cholera epidemic in one of the largest cities in the Middle East, driving tens of thousands of refugees into the middle of a massive military operation against terror groups the Pentagon has been playing with for some time.

Thus far, however, the Pentagon plan has been a failure.  Were it more successful, up to 100,000 refugees may have fled into Hatay Province, Turkey, infecting up to a million more there in a region clogged with refugees.

You see, cholera is a “gift that keeps on giving,” a massively infectious disease.  A dozen cholera patients can overburden any clinic or even regional hospital.  A dozen cholera carriers can, within days and under the right conditions, war and refugees for instance, recreate conditions not seen since the Middle Ages.

Coinciding with the America attack has been a total blackout of all reports from the region, including Twitter and Facebook postings, a total cleansing of all reports of the American bombing with the exception of Veterans Today, TASS and Russia Today. Even the statements of President Putin, and he mentions the American attack on 3 occasions, are banned from all western press and cleansed from the internet.

The Pentagon plan is specifically biological warfare and not the first time it has been used in Syria.  The Free Syrian Army, with both Israeli and American special operations advisors with every unit, has targeted water supplies across Syria, particularly Damascus.

From EMedicine on biological warfare:

Cholera is an acute and potentially severe gastrointestinal disease (stomach andintestines) caused by the bacteria Vibrio cholerae. This agent has been investigated in the past as a biological weapon. Cholera does not spread easily from human to human, so it appears that major drinking water supplies would have to be profusely contaminated for this agent to be effective as a biological weapon.

Cholera normally can infect water or food that becomes contaminated by human bowel waste. The organism can survive for up to 24 hours in sewage and as long as six weeks in certain types of relatively impure water containing organic matter. It can withstand freezing for three to four days, but it is killed readily by dry heat, steam, boiling, short-term exposure to ordinary disinfectants, and chlorination of water.

The toxin causes a person’s intestines to create massive amounts of fluid that then produces thin, grayish brown diarrhea.

We know of the Pentagon plan to destroy Aleppo’s chlorination facility.  The Euphrates River with its endless supply of human waste would do the rest.

Anyone who doesn’t believe the Pentagon and CIA are capable of this is a fool.

Aleppo, SANA – In blatant violation of international law, warplanes of the US-led alliance violated Syrian airspace and attacked a power plant that feeds Aleppo city, causing a blackout in the city.

A military source told SANA that warplanes of the Washington alliance violated Syrian airspace and attacked civilian infrastructure in Mare’a, Tal Sha’er, and al-Bab in Aleppo countryside on Sunday.

The source added that the warplanes attacked the biggest electric power plant that feeds Aleppo city, which resulted in cutting off power from most neighborhoods in Aleppo city.

This transgression comes only 8 days after two F-16 warplanes belonging to the alliance targeted two power plants in al-Radwaniye area east of Aleppo city, cutting off power from the area.