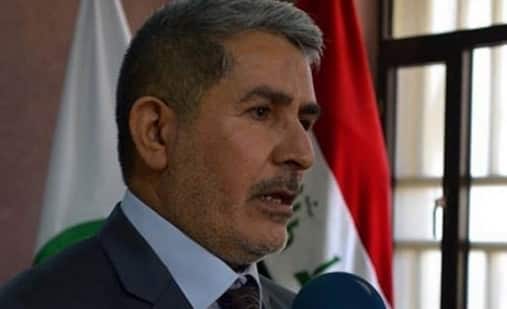 TEHRAN (FNA) – A senior Iraqi legislator blasted the West-led coalition for continued assistance to the terrorists in his country and Syria, and said some of the coalition members are likely to soon defect the grouping to join the quadrilateral anti-ISIL alliance formed of Iran, Iraq, Russia and Syria.

“The international coalition led by the US still sends aid and military equipment to the ISIL terrorists in Iraq through air,” Kamil al-Zaidi told FNA on Sunday.

“Therefore, we are entitled to distrust the US-led coalition and find a new strategic partner and that partner can be the quadrilateral coalition,” he added.

Zaidi said some members are ready to withdraw from the US-led coalition to join the quadrilateral coalition which has shown its creditability and good will by effective attacks against ISIL positions.

In relevant remarks on Thursday, a prominent analyst blasted the US for violating its security pact with Iraq by procrastinating airstrikes on ISIL command centers and targets.

“The US has not complied with any of its undertakings stated in the pact and inflicted a major loss and damage on Iraq,” Ahmad al-Sharifi told FNA.

He underlined that the US controversial anti-ISIL operations in Iraq showed that it doesn’t want to weaken the terrorists.

Asked about Iran-Russia-Syria-Iraq cooperation in the anti-terrorism campaign, Sharifi said the quadrilateral coalition has already prevented infiltration of many terrorist groups from Syria into Iraq.

The US government has in a message to Iraqi Prime Minister Haider al-Abadi voiced Obama’s dissatisfaction with Baghdad’s inclination towards Tehran, Moscow and Damascus.

In the meantime, the Iraqi groups, specially the volunteer forces, believe the quadrilateral coalition has provided actual aid and backup to Iraq, while the US coalition did not, and this has resulted in Iraq’s inclination towards Iran, Russia and Syria.

“The parliament fractions are calling on the Iraqi government to request Russian airstrikes and use it to attack the ISIL military bases and oil centers,” Rubaie, who is now a senior legislator at the Iraqi parliament, told FNA on Tuesday.

“The US air force doesn’t cooperate with Iraq’s federal government and security and armed forces and refrains from providing any intelligence on ISIL’s concentration and field camps,” he added.

Rubaie complained that in every 10 flight missions conducted by the US-led coalition planes, ISIL positions come under attack in only two missions, while nothing special happens in the remaining 8 missions.