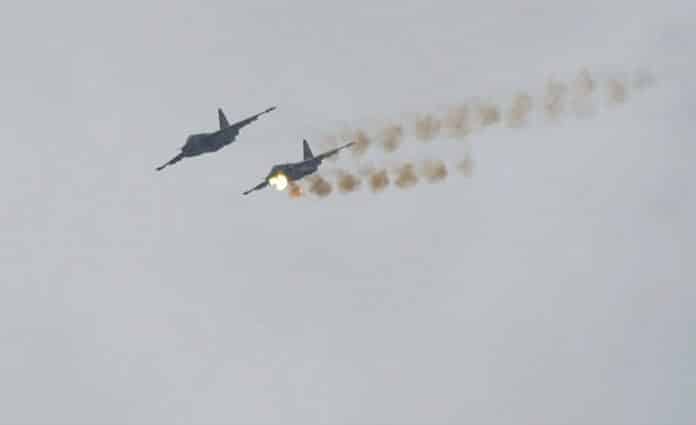 Also in Aleppo, Russian Su-34 bombers have destroyed an ISIL command center, which coordinated the jihadists’ combat operations against the Syrian Armed Forces near the Kowaires airbase.

“Su-34 bomber carried out a pinpoint strike near Zaytan town in the Aleppo province on an uncovered by means of aerial reconnaissance ISIL terrorist group’s command center, which coordinated combat operations against the Syrian army in the area of the Kowaires airbase.”

In the Hama province, a terrorist plant, which installed machine guns, mortars and Zu-23 anti-aircraft mounts on cars, was destroyed in a Russian airstrike.

“A plant, where terrorists installed heavy machine guns, mortars, Zu-23 anti-aircraft mounts on all-terrain vehicles, was destroyed in the Hama province. As a result of an airstrike plant floors used by militants to refit equipment completely burnt down.”

The Russian Aerospace Forces have taken main roads in areas in the vicinity of armed hostilities in Syria, under control.

“We register movement of mobile caravans, providing militants fromeastern and central provinces of Syria with arms and ammunition,especially at night,” Konashenkov said, noting that it concernsprimarily the provinces of Deir ez-Zor and Raqqa.