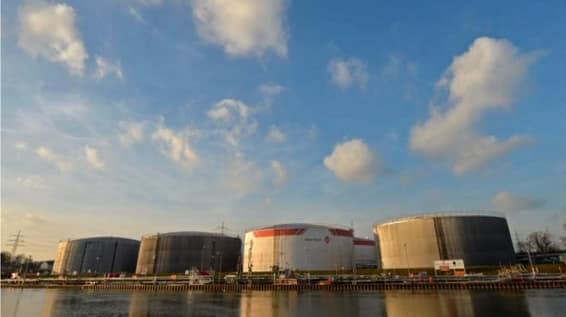 Giant oil tanks of the BP refinery are pictured under a blue sky in Gelsenkirchen, Germany, Wednesday, Jan. 7, 2015 as oil prices are still low.

The U.S. plans to sell millions of barrels of crude oil from its Strategic Petroleum Reserve from 2018 until 2025 under a budget deal reached on Monday night by the White House and top lawmakers from both parties.

The proposed sale, included in a bill posted on the White House website, equates to more than 8 percent of the 695 million barrels of reserves, held in four sites along the Gulf of Mexico coast. Sales are due to start in 2018 at an annual rate of 5 million barrels, rising to 10 million by 2023 and totaling 58 million barrels by the end of the period. The proceeds will be “deposited into the general fund of the Treasury,” according to the bill.

The sale is the second time the U.S. has raised cash from the reserve, created as a counter-balance to the power of Arab producers after the first oil crisis of 1973-74. The U.S. may sell also additional barrels to cover a $2 billion program from 2017 to 2020 to modernize the strategic reserve, including building new pipelines.