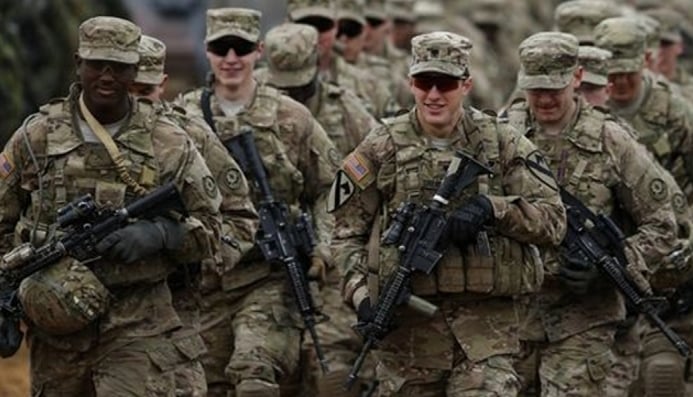 TEHRAN (FNA) – Senior Iraqi lawmakers strongly voiced their opposition to the US government’s decision to dispatch forces to Iraq in line with Washington’s policies to bring about changes to the regional geopolitics.

“The US is looking for a pretext to enter Iraq through Kurdistan and through there to Northern Syria to allegedly support the moderate opposition forces,” Member of the Iraqi parliament’s Security and Defense Committee Iskandar Watout said, adding that everyone is aware of the US plots for Iraq’s Kurdistan region.

“The Americans have left Anbar province and other Iraqi regions for Kurdistan in a move observable to everyone,” Watout added.

Another Iraqi lawmaker, Hamed al-Matlak, said that the US decision to send troop to Iraqi Kurdistan Region shows Washington intends to start changes in Iraq and Syria in line with its plots for the region.

The US has declared dispatch of military forces to the Kurdish population in Syria on the pretext of helping the Kurdish forces to fight the ISIL. Despite the US president’s claim that his country would not have “any boots on the ground in Iraq and Syria” in future, the US has started a new form of ground operations in the Middle-East.

On October 23, the US Special Forces claimed that they supported an Iraqi Peshmerga operation to rescue about 70 hostages from an ISIL prison near Hawijah, Iraq.

“American Special Forces personnel carried out the planned operation at the request of the Kurdistan regional government after learning through intelligence sources that the hostages faced imminent mass execution,” , Defense Department Press Secretary Peter Cook told reporters at the Pentagon.