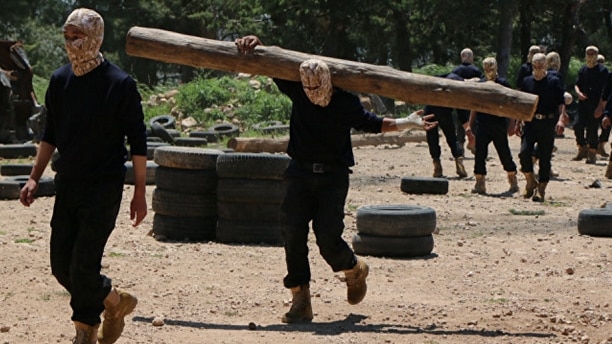 Last month, President Obama announced he would deploy military “advisers” into Syria. But according to a number of US lawmakers, the timing of that decision comes as military frustration is at its highest peak in decades.

[ Editor’s note:  The “Washington Times” is not a legitimate newspaper but is a blog published by the Unification Church of Korea, long recognized as a religious cult.  Someone should tell the Russians who have their own version, the CIA run “Moscow Times,” an equally “sockpuppet” black propaganda outlet…GD ]

“There’s a level of dissatisfaction among the uniformed military that I’ve never seen in my time here,” Arizona Senator John McCain said during an interview with the Washington Times. “For some of us who are a little older, let’s go back and read the Pentagon Papers – what the administration is doing is the kind of incrementalism that defined much of the Vietnam conflict.”

Part of the Republican opposition, McCain has been a vocal critic of the Obama administration, particularly the president’s foreign policy, in particular the “complete lack of any kind of coherent strategy, much less a strategy that would have any success on the battlefield.”

“Sometimes indecision, the decision not to make a decision, is itself a choice,” House Committee on Foreign Relations Chairman Edward R. Royce said during a hearing earlier this week. “The choice was made in the United States not to stop [Islamic State] when it could have been stopped.”

According to a recent Associated Press poll, those frustrations are also shared by the American people. Six out of ten of those surveyed said they disapprove of the president’s handling of the self-proclaimed Islamic State terrorist group.

The Obama administration had originally planned to train-and-equip so-called “moderate” Syrian rebels. That program ended in failure after the Pentagon struggled to identify qualified individuals. The few it did manage to train abandoned their duty soon after entering the conflict.

The president’s latest plan is to send between 30 and 50 US Special Forces “advisers” into Syria, reversing Obama’s pledge of “no boots on the ground.” The Pentagon has insisted that these advisers will not be operating in a combat capacity, but similar forces in Iraq were recently revealed to be participating in anti-terror raids.

“We’re sending 50 – count them, 50 – special operations soldiers to Syria, and they will nave ‘no combat role,’ the president says,” McCain told the Washington Times. “Well, what are they being sent there for? To be recreation officers? You’re in a combat zone, and to say they’re not in combat is absurd.”