Home Government Europe Sees it as an Invasion 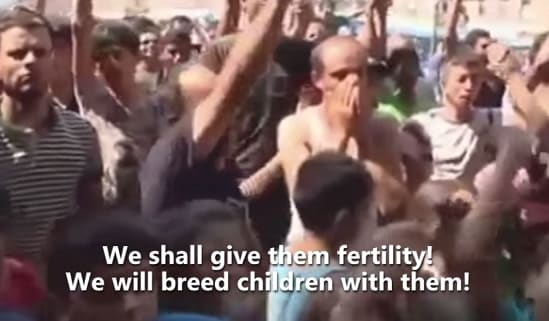 Americans see nothing of the refugee crisis, one that has been going on for not just decades, but two centuries.  France and its colonies in Southeast Asia and Africa, Britain in the “Sub-continent,” even the Netherlands and Indonesia, everyone had their hands in the cookie jar.

Europe loved their colonies when the French were marching Senegalese into German machine guns.  Europe loved colonialism, loved fighting wars around the world until the chickens came home to roost. Problem is, those doing the suffering in Europe are not those who profited from colonialism and war.

Conversely, there would be none of the flood we are seeing if it weren’t for European arrogance, drawing maps around the world knowing instability and eternal war and the profits expected from same were to be a part of it.

Today’s refugee crisis is staged, intended to destroy Europe.  The question as always:  “Who benefits?”

The video above is manipulated and cropped, it was produced by those who staged the crisis in the first place.  Europe will vote itself out of existence as it thinks it knows itself.

For Europeans living in Germany, Austria, Serbia and other targeted nations, we wish them more than luck.  We wish them the courage to dismember the EU, throw off the Euro and run as fast as they can away from NATO.