Home Government Where abducted Afghan children are carried to 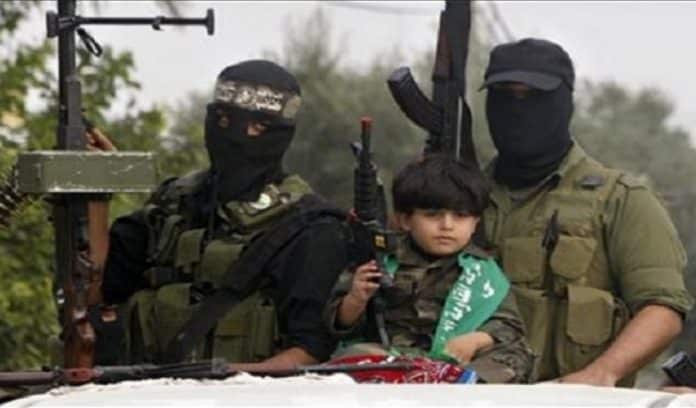 …by Masud Wadan, for Veterans Today

With a glance at Afghan plights, one can have a picture of the troubled state of Afghan children they live in. When a territory’s presidency is at potential risk of raid by insurgents, how we expect them of protecting our children? I can ask what single masterwork it has carried out to date instead of asking what “it has not done”- something claims government. The least development taken place so far is a trickle down of billions of dollar contributions, most of which has moved into the pockets of functionaries and warlords.

Among dozens of the evils strangling Afghanistan is the harsh, unfriendly and unsympathetic environment for children. Afghan government can be ranked “zero” with this respect. It is apparent that the child protection policy is far away the priority of the state to which nothing is of matter now.

Not only is Afghan government liable for all the overwhelming confusion, the international community’s inaction to the disarray is also brazen which is just watching the everyday conspicuous offenses and violation.

Afghanistan is not safe for children. It is the hotspot for a wide range of exploitations. If you have power here, you can rule people, communities; usurp public and government lands, kill people and get away with paying bribe. With power, you are unrestrained to engage in willful criminal acts.

Despite being decades-long challenge, the child abduction has now ramped up to a daily matter of concern. When mafia can live on in developing nations like Mexico, it is much easier for secret criminal organizations in least developed countries like Afghanistan to conduct crimes. If so, then why shouldn’t they take advantage of an opportunity to, for instance, kidnap and smuggle the children.

Government’s hugging of criminals has made them greedier and motivated to further plunge into high crimes. Kidnappers have now well accustomed to deceive and abduct the vulnerable and gullible children. The Afghan children resort to commit every kind of act with the offering of a handsome amount of money.

The children are tricked into a “horrible destiny”. Once kidnappers manage to pass the key security check points into the destination – often taken to lawless regions for extremist purposes – there is no chance of recovery.

These children are going to be the next force of terrorist networks, who will receive the most professional skills. Most of them fall under the category of suicide bombers. The daily disappearance of children and build-up of the fresh rebel lines indicate that a more deadly and offensive resurgence is on the horizon.

There are reports that many unregistered seminaries across Afghanistan as well as Pakistan are misguiding the child pupils into extremism. They are extremely influenced to devote and sacrifice their life for Jihad. The children are kept there around-the-clock; they are kept aloof from their parents for long and forbidden from having joys of entertainment in a bid to prepare them as ideal fighters. And eventually they emerge with a different ideology, ultra-orthodox ideas and a symbol of horror and terror into the community.

Ahmed, a pseudonym for 18-year-old over security reasons briefly narrates his story after an attempted abduction. “I would go to the nearby mosque of area for Islamic studies. One day when I was cycling back home, a car came around in a less populated area and two men yanked me into the car. I later found that they were the associates of the Mullah whom I was visiting regularly for Islamic studies at the mosque. They just tied my hands in the back and gagged my mouth”.

“They were driving me out of Kabul city. When we approached a highway security check point, the men were confused how to pass over, and it was when they let me disembark to avoid suspicion and they ran away. I managed to find a shelter in a house and join my family until the nightfall”, he added.

Much of such abductees are carried to Pakistan’s lawless regions for training to become suicide bomber. Ahmed would be lucky, but many just like him are destined to an uncaring world, away from parent’s affection. They are severely mistreated and, often, beaten to become a heartless fighter to carry on Jihad in a cruel manner.

According to unofficial statements, there are as much more suicide bombers at reach in Pakistan’s restive Waziristan region as they have been offered for a price.

A recent Al jazeera report on ISIS outfits in Afghanistan shows children as young as five are taught to fire pistols, sub-machine guns and how to throw grenades. The children are mainly recruited from slums where parents, with low level education, believe the extremist movement is a rightful war in the path of God. This belief helps recruiters have an already brainwashed joiner to assume the extremist ideology.

The other way Afghan children are victimized for is their exploitation for drug smuggling, servitude and organ removal. In the border with Iran, kidnapped children are forced to swallow heroin capsules and take them to the destination across the border into Iran. Children are the prime targets for this job for their impunity against punishment. They are tasked with hazardous jobs in a second country, for instance, in a factory where native workers avoid handling that risky piece of work.

Associates of the secret criminal organizations in Afghanistan busily look around for a “big catch”. Backed by top govt. authorities or influential Jihadists, they sometime take rich people away in the vehicles with black-tinted windows for a ransom. Also drug-laden vehicles pass through check points without being examined. This is not the duty of an ordinary man, the powerful drug and human smugglers invisibly carry that out.

We would not go wrong to suspect over Afghan parliament members’ involvement in the criminal acts. The mafia network is partly made up of MPs and others in the Afghan system. Jihadists and warlords have joined the hands with external mafia networks to smuggle narcotics and humans abroad.

The perpetrators behind what said above are roaming at large. They are even not presumed to be criminal and are offered key slots in the Afghan system, leaving no hope for justice.

Child abuse is “rampant” in the major cities of Afghanistan, especially those living under poverty line. Poor parents sometime numb their children with drugs to fall asleep on the sidewalks to make people pitiful towards them for a mouthful. The increasing number of teenage girls stretching hands for money in Kabul city is paving the ground for prostitution and abuse.

In Syria and Iraq, ISIL was splitting captives in two by gender, teenage boys were taken to training centers to become fighters and the girls were forced to join the group intended for slavery and prostitution.

These teenage girls were getting sold at auctions. They were circulated from hand to hand, place to place and some were as “priceless” as bartered for packs of cigarettes.

Based on reports, Afghan children have been solicited to enter the Taliban held areas and pose as laborers for espionage purposes. This perilous job has cost the lives of many children with the worst form of execution like beheading and hanging.

Earlier on this week, fighters loyal to IS beheaded 7 Afghan passengers who were abducted months ago. Among the victims were 3 women and a nine-year-old child. This is the latest and the worst instance of violence against children and women in Afghanistan.

It is clear that an occupied territory never progresses willingly because of puppet-ruled corrupt govt. with no real agenda for public welfare, as is Afghan government. I will not say govt. should do this and that, I know it would not ever bring fruits.

Just like many govt. establishments, Afghan judiciary branch is soaked into a systematic graft and this is absolutely leading to an increase in crime rates.

In Afghanistan, people cheerfully vote for a president, but they shortly get disappointed and regret after realizing that the person they voted for is a dysfunctional and selective president who is the carbon-copy successor of the pre-existing power base with no new plans for the development of nation.