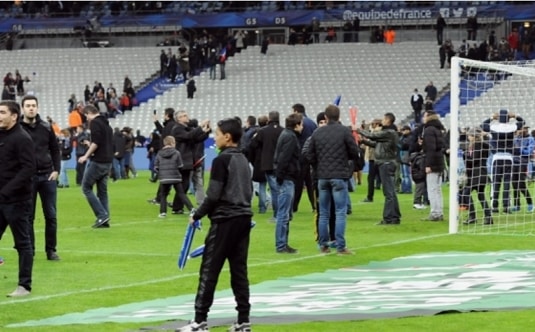 November 14th, 2015 – The security of the Stade de France, where Friday’s exhibition game between France and Germany was played, prevented a suicide bomber to take place in the audience.

The security discovered that the person who had had a ticket to the game was wearing explosives on his body and refused him entry to the stadium.

Zouheir, one of the security guards (he only wants to be called by his first name), and a police spokesman above stated to The Wall Street Journal.

The game was already fifteen minutes when the suicide bomber reported to the security and he was denied entry. On the way back he blew himself up. A few minutes later, a second suicide bomber blew himself up at the stadium. The explosions were clearly heard in the Stade de France. When the attacks in Paris arrived Friday evening more than 120 people dead.