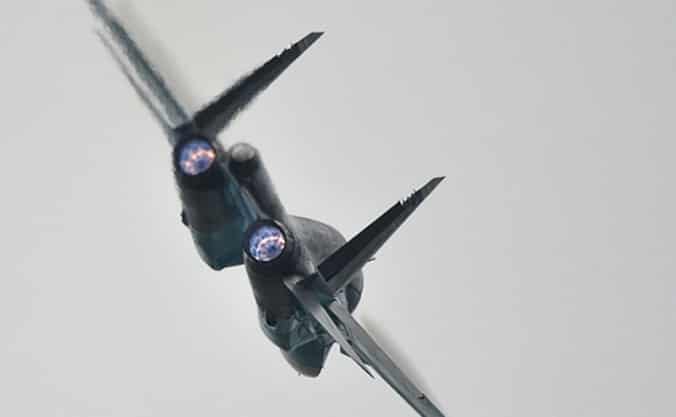 TEHRAN (FNA) – Russian Su-34 bombers have launched strikes on ISIL-controlled oil infrastructure, Russia’s General Staff said on Wednesday. About 500 terrorists’ fuel trucks that had been illegally transporting oil from Syria to Iraq were destroyed by Russian aviation in a few days, Col. Gen. Andrei Kartapolov, Chief of the Main Operational Directorate of the General Staff of the Russian Armed Forces, said.

“Just in the first few days, [Russian] aviation destroyed about 500 fuel tankers. This greatly hampered the militants’ possibility to illegally export energy resources and, accordingly, their income from oil smuggling.”

“I would like to note that today a decision was made, according to which Russian combat aircraft launched a so-called free hunt on road tankers transporting oil products belonging to terrorists in areas controlled by ISIL.”

Russia has widened the scope of intelligence gathering in the Middle East by all available means, including satellite reconnaissance, he said.

“In order to improve the efficiency and timeliness of detection of terrorist facilities and to ensure the precision of determining their coordinates, we have stepped up all methods of intelligence gathering in the Middle East, including satellite reconnaissance.”

According to the General Staff, Russian jets carried out a major strike on ISIL targets in the provinces of Raqqa, Deir Ezzur, Aleppo and Idlib.

The overall number of sorties scheduled for Wednesday is 100, Russian aircraft are supposed to hit 190 ISIL targets.

“Airstrikes continue in accordance with the approved plan. To ensure the safety of the flight, the international coalition is being notified in advance of the time of the strikes and flight corridors of aircraft.”

A Russian Tupolev 95 long-range bomber launches a massive air strike on the Islamic State infrastructure in Syria. © Ministry of defence of the Russian Federation / RIA Novosti
On the day Moscow officially confirmed a terrorist attack as the cause of last month’s downing of a passenger plane in Egypt, the Russian military hit over 200 terrorist targets in Syria in 127 sorties.

The escalated Russian operation involved not only warplanes flying from an airfield near Latakia, but also strategic bombers operating from Russian territory.

On Tuesday, Russian warplanes conducted 127 sorties and hit 206 targets, a source in the Russian defense ministry told RT. Russian strategic bombers such as Tu-22M3s, Tu-95MCs and Tu-160s were previously used for patrol missions as part of Russia’s nuclear deterrence. Their deployment in a conventional armed conflict marks an evolution in Russian military tactics.

It was also the first time Russia used in combat a new air-to-surface missile, KR Kh 101/102, which has been in service since 2012 but was not shown in public before. The missile can be seen inside a bomber bay in a video released by the defense ministry.

Russian security forces confirmed that the passenger plane en route from Sharm el-Sheikh to St. Petersburg that crashed in Egypt’s Sinai on October 31 killing 224 people was downed by a bomb planted on board by terrorists. The group Islamic State claimed responsibility for the attack right after the crash.

At a meeting with the head of the Russian Security Service (FSB), Vladimir Putin said that “the murder of our [Russian] nationals in Sinai is among the bloodiest crimes in [terms of] the number of casualties.” But Russia won’t be “wiping tears from our soul and heart,” he said. “This [tragedy] will stay with us forever. But this won’t stop us from finding and punishing the culprit.”

Vladimir Putin has vowed to find and punish the culprits behind the Sinai plane attack. “Our military work in Syria must not only continue, it must be strengthened in such a way so that the terrorists will understand that retribution is inevitable,” he said.

This week both Russia and the US-led coalition, which is conducting its own separate campaign against IS in Syria and Iraq, increased pressure on the terrorists in response to the spree of violence in Paris last Friday. The coalition reported conducting 20 sorties and hitting 14 targets on the same day.