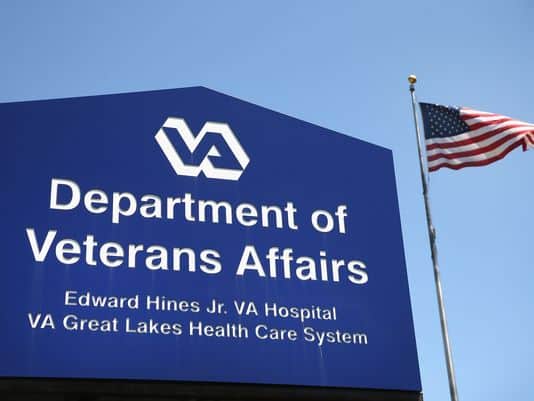 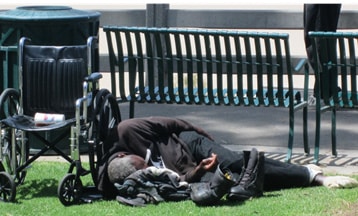 LOS ANGELES — It’s Friday morning and time for Vincent Kane, Special Assistant to VA Secretary Robert A. McDonald, to fly home to Philadelphia for the weekend at the expense of the American taxpayer while he leaves behind thousands upon thousands of disabled, destitute and homeless Veterans that he promised to house and care for within the next 45 days, but failed shamefully with no hope in sight.

Instead, Mr. Kane, the Secretary’s “homeless expert,” and his VA comrades have expanded the biggest and most corrupt land-fraud swindle in American history that has compounded into the most heinous crimes against humanity ever committed on American soil …. forcing innocent war-injured and impoverished Veterans to live homeless and hungry in deplorable and inhumane conditions at Skid Row and in back-alley squalor.

Some homeless Veterans survive in “upscale” Brentwood next to the VA’s multi-million dollar pretentious fence built in partnership with the wealthy and powerful Brentwood homeowner group operating under the ruse of Veterans Park Conservancy.

History has recorded that the Missionaries of yore came to Hawaii to “do good,” and ended up doing well for themselves by stealing the native Hawaiians’ land.

So it is with Mr. Kane, who came to Los Angeles to “end Veterans homelessness” but ended up expanding it by stealing more Veterans land deeded exclusively as a National Home for disabled Veterans.

Mr. Kane’s “one-solution-fits-all” government welfare-rent voucher program is a total failure because Los Angeles has one of the lowest apartment vacancy rates in the nation coupled with some of the highest rents in the nation.

On his recent trip to Washington D.C., Pope Francis declared: “We can find no social or moral justification, no justification whatsoever, for lack of housing.”

In Los Angeles, there’s no morality and no justice when it comes to housing and caring for homeless Veterans because Secretary McDonald and his wealthy and powerful friends have pillaged and plundered Veterans land for their own benefit, thanks to VA bureaucrats like Vince Kane and VA attorney Cameron Gore who make it possible by criminally dispossessing homeless Veterans who belong on this property.

Mr. Kane and his VA comrades have participated in the most egregious and unforgiving crimes on the face of Earth, stealing National Veterans land from men and women who have defended America’s prosperous and unparalleled way of life while you have abandoned them, forcing them to live alone — homeless and hungry — in the most deprived and inhumane conditions imaginable.

The VA Oversight Committee and the VA Office of Inspector General must immediately enforce absolute and unwavering investigations into these abhorrent crimes carried out by top VA officials and their co-conspirators.

Federal Grand Jury inquisitions must commence into every aspect involving each and every person who participated in this incomparable criminal and corrupted activity directed at the pain, suffering and expense of disabled homeless Veterans.

The Human Rights Council of the United Nations, The Hague’s International Court of Justice and International Criminal Court, The Vatican, et al., must immediately initiate comprehensive investigations into our own United States Government for heinous crimes against humanity waged against America’s Military Veterans who have defended freedom around the world and are now disabled, destitute and forced to live homeless and hungry in despicable and inhumane conditions on U.S. soil.

There is no punishment that remotely equals the crimes that have been leveled against the most vulnerable and needy of our Veteran Brothers and Sisters.