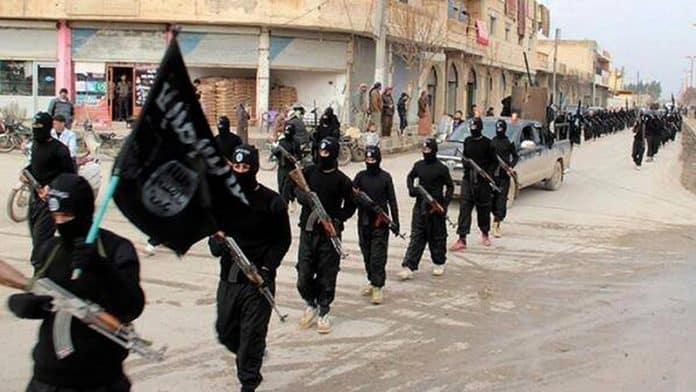 Welby was speaking in the aftermath of the terrorist killing spree in Paris in which some 130 people were murdered. He told the BBC Songs of Praise programme: “Saturday morning, I was out and as I was walking I was praying and saying: ‘God, why – why is this happening? Where are you in all this?’ And then engaging and talking to God. Yes, I doubt.”

On an earlier occasion he said: “The other day I was praying over something as I was running and I ended up saying to God ‘Look this is all very well but isn’t it about time you did something – if you’re there?’”

When asked if he had moments of doubt, Welby replied: “Yes. I do, in lots of different ways. There are moments, sure, when you think is there a God, where is God?” He added it was “probably not what the archbishop of Canterbury should say”.

At the weekend Welby also managed to get embroiled in an argument over the banning of a Lord’s Prayer advert which the Church of England wanted screened in cinemas before Christmas. The Digital Cinema Media (DCM) agency, which handles British film advertising for the major cinema chains, thought the film would “offend” audiences and said it had a policy of not accepting political or religious advertising in its cinemas because some advertisements – unintentionally or otherwise – could cause offence to those of differing political persuasions and differing faiths. “In this regard, DCM treats all political or religious beliefs equally”.

Welby is said to have “reacted with fury”, telling the Mail on Sunday: “I find it extraordinary that cinemas rule that it is inappropriate for an advert on prayer to be shown in the week before Christmas when we celebrate the birth of Jesus Christ. Billions of people across the world pray this prayer on a daily basis. I think they would be astonished and deeply saddened by this decision, especially in the light of the terrorist attack in Paris where many people have found comfort and solace in prayer.”

But religious advertising is always on dodgy ground. Welby’s ad might also have run foul of the Advertising Standards Authority whose guidelines require advertisements to be legal, decent, honest and truthful. Claims based on supernatural belief are hardly truthful and could bog the Church in an unholy wrangle. Furthermore the Code of Broadcast Advertising states that “advertisements must not exploit the hopes or fears of the vulnerable” and “broadcasters must hold documentary evidence to prove claims that the audience is likely to regard as objective and that are capable of objective substantiation”.

Welby, whose grandfather was Jewish, was a very odd choice for archbishop in the first place. Touted as an expert in conflict resolution he is not known for his concern about the endless bloody struggle in the Holy Land. The Jewish Chronicle reported that prior to his appointment to the top job he helped mount a Holocaust Memorial Day exhibition in Liverpool Cathedral and abstained in the Synod vote to endorse the EAPPI (Ecumenical Accompaniment Programme in Palestine and Israel).

That’s a black mark he has yet to expunge, for EAPPI was set up by the World Council of Churches in response to a call by the churches of Jerusalem. It brings internationals to the Holy Land to experience the dreadful life under Israel’s military occupation, and Ecumenical Accompaniers (EAs) provide a protective presence to vulnerable communities, monitor and report human rights abuses and support Palestinians and Israelis working together for peace. When they return home the EAs campaign for a just and peaceful resolution to the conflict through an end to the occupation, respect for international law and implementation of UN resolutions. Anyone who cannot bring himself to give wholehearted backing to a worthy humanitarian project like EAPPI shouldn’t be leading a great Christian church, some might say.

In 2013, before he left for the Holy Land on his first visit as the new Archbishop of Canterbury, I telephoned Welby’s office for his itinerary, only to be told none was available in advance. So I emailed a list of questions such as:

No reply. When it was obvious he wasn’t going to Gaza in spite of the desperate plight of its Christian community I sent a second email: “Was he prevented by the Israelis from including Gaza on his itinerary?”

Again, no reply. In the end it appears he simply bypassed the long-suffering Gaza and Bethlehem communities.

It is all very well the Archbishop demanding of God, “isn’t it time you did something?” It wouldn’t surprise me if God is thinking: “If the leaders of Western Christendom, with their great clout, can’t be bothered to leave their comfort zone and do something, why should I?”