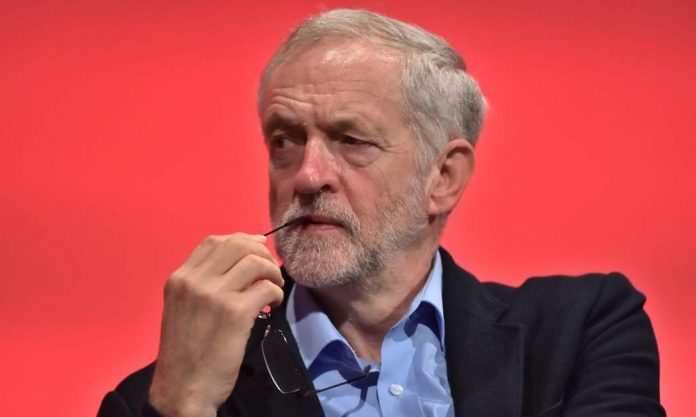 “I am writing to consult you on what you think Britain should do. Should Parliament vote to authorise the bombing of Syria? Let me know your views…”

The knives are out; and this is what beleaguered Opposition leader Jeremy Corbyn has emailed to his supporters.

Corbyn, a dyed-in-the-wool peacenik, recently won the leadership of the Labour Party by a landslide with 59% in the first round. His problem now is the rump of pro-Blair MPs that are still hanging around in the party. His shadow cabinet unavoidably contains pro-war freaks and after a tense meeting with them on Thursday he has gone over their heads to rank-and-file MPs and party activists with letters explaining his position. He wrote:

“Our first priority must be the security of Britain and the safety of the British people. The issue now is whether what the Prime Minister is proposing strengthens, or undermines, our national security.

“I do not believe that the Prime Minister today made a convincing case that extending UK bombing to Syria would meet that crucial test. Nor did it satisfactorily answer the questions raised by us and the Foreign Affairs Select Committee.

“In particular, the Prime Minister did not set out a coherent strategy, coordinated through the United Nations, for the defeat of ISIS. Nor has he been able to explain what credible and acceptable ground forces could retake and hold territory freed from ISIS control by an intensified air campaign….”

According to The Mirror his anti-war stance has the backing of only 4 of the 31 members of his shadow cabinet, and three MPs are openly calling for him to go.

Meanwhile a survey just published shows that while 48 per cent of British people say they back air strikes 30 per cent want Britain to stay out of it and a further 21 per cent are undecided. But a large majority – 59 per cent – believe sending British warplanes into action in Syria will increase the risk of terrorist attacks on the UK.

The moral high ground is vacant: Corbyn should fill it

Corbyn’s point that Prime Minister Cameron has failed to make a reasonable case, let alone a compelling one, is well taken when one looks through the document he put forward. And what, I wonder, suddenly changed Crispin Blunt’s mind in the continuing absence of any coherent long-term strategy from Cameron? Blunt, the Tory chair of the Foreign Affairs Select Committee and a key influencer, has suddenly done a U-turn to “support the PM’s judgement”. Earlier he’d been saying that bombing was “not going to make any difference on the outcome…. What is needed here is actually more diplomatic activity in order to get the regional powers to sit down in a room together and agree a strategy as to how to effect the defeat of Islamic State.”

Anyway, not to worry: Cameron claims he has “examined his conscience” – just like he examined his conscience over Iraq, Afghanistan and Libya. The spectre of Iraq of course hangs heavy over all this political posturing. Cameron and most of his colleagues (and indeed many Labour MPs) showed poor judgement and failed to exercise due diligence when they voted for the Iraq war. Unbelievably they are about to commit the same error in their eagerness to bring more death and destruction to Syria without any clear plan to underpin it. And the appalling events in Paris, which have brought much emotion to the discussion, spur them on.

The vague and sketchy ideas Cameron advanced in his 36-page justification for action, such as negotiations for a political settlement, stabilisation and post conflict reconstruction will take time to achieve while the bombing starts immediately. To this end he claims “there is a clear legal basis for military action in Syria” under Article 51 of the UN Charter. However this gives only temporary cover for self-defence “until the Security Council has taken measures necessary to maintain international peace and security”.

And the newly obtained UN Security Council resolution 2249 states that any measures taken to combat terrorism must comply with Member States’ obligations under international law, in particular international human rights, refugee and humanitarian law, and says that “the situation will continue to deteriorate further in the absence of a political solution”.

Cameron looks to the ragbag of 70,000 “moderate” Syrian opposition fighters to play a part in a successful transition to a more inclusive Syrian government. As I glanced through the document I saw little about support for legitimate local powers in resolving the situation. These include Turkey, Jordan, Iran, Russia and Lebanon (via Hezbollah), the Iraqis and the Kurds, and of course Syria’s own national military who are key.

Cameron concludes his case for war by saying: “One thing is clear: the threats to our interests and to our people are such that we cannot afford to stand aside and not to act. So with a political solution to the Syria conflict finally a realistic prospect; with greater international consensus than ever before on the global threat posed by ISIL; with the terrible cost of ISIL’s brutality increasingly being seen on the streets of Paris, Beirut and elsewhere; and with the very real threat ISIL poses to UK citizens, I believe that we should extend our military campaign against ISIL into Syria.”

Many ordinary people are dismayed by the orchestrated efforts to rouse the nation to kill mode, especially when nothing appears to be done to choke off whoever is supplying weapons and money to ISIS and buying their hijacked oil. That would mean naming and shaming some of the UK’s richest ‘friends’ and valued customers so it’s not likely to happen. We’d rather sacrifice our military.

This weekend crowds of campaigners in towns and cities across Britain are marching in protest at Cameron’s scheme to bomb Syria. Senior Tory ministers, including Hammond and Fallon, are said to be phoning Labour MPs, including Corbyn’s cabinet, to persuade them to support bombing.

As for the warmongers in the Parliamentary Labour Party I pray Corbyn persuades them to oppose this unseemly rush to war. But that’s a forlorn hope. They will always pose an ugly threat to his authority and it would be better to have the long-awaited showdown over this, where he can claim the moral high ground, than some lesser issue later.

I don’t pretend to be an expert on Syria, but nor are the MPs who will be making this fateful decision in Parliament perhaps as early as next week. It is regrettable that our hardcore politicians seem to have learned so little from recent history.