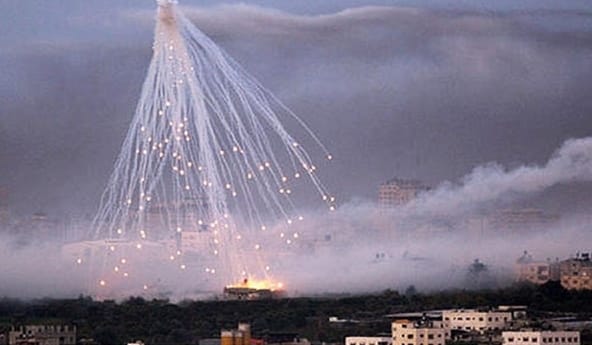 In October 2014, a Turkish chemical weapons facility was overrun outside Raqqah by Syrian special forces. A Turkish technical officer with the rank of major was captured and admitted to building the facility which was under a football (soccer) playing field. The were producing mustard gas. In 2013, Turkish police arrested a group involved in the production of sarin gas. The group included both Turkish nationals and “moderate Syrians.” All were released at the orders of Ankara and local prosecutors were threatened with prosecution.

TEHRAN (FNA) – The ISIS terrorist group has used poisonous gases against the Iraqi troops and popular forces in the battlefronts of Ramadi in Anbar province, media reports said on Tuesday.“The ISIL has used toxic gases in its attacks against the Iraqi forces in Western Iraq, specially Ramadi, on November 23,” the Arabic-language service of Sputnik news agency quoted an unnamed Iraqi security source as saying on Tuesday.

This is not the first time the Takfiri terrorists use poisonous gases, including mustard gas, against the Iraqi soldiers in Ramadi city.

In August, an Iraqi official disclosed that the ISIL used the poisonous mustard gas during withdrawal from Al-Anbar University.

“The Iraqi troops were exposed to mustard gas in the munitions fired by the ISIL as they were winning back the Anbar University,” Samir al-Shavili, a media advisor of Iraq’s Counter-Terrorism, told FNA.

He said after a thorough physical examination of the Iraqi soldiers who had taken part in Anbar university operation it came to be known that the ISIL had used mustard gas against the Iraqi forces.

Earlier today, the Iraqi officials and local residents disclosed that the Iraqi forces backed by popular forces have made significant progress in isolating Ramadi, the capital of Anbar province that the ISIL overran in May.

But there’s no certainty that that means the city will soon be retaken.

“We have now cut the last supply line of Daash connecting Ramadi to Syria,” said an Iraqi officer who works in the Anbar command center but lacks authorization to brief journalists publicly. “Iraqi forces can now strangle the terrorists inside the city and we should see victory in a few days.”

Daash is an Arabic term for the ISIL, which also is known as ISIS.

A Western military adviser to Iraq’s Kurdish Regional Government who’s been briefed on the situation by his country’s trainers working to rebuild the Iraqi military agreed that the progress to isolate Ramadi was a legitimate achievement. But he cautioned that much harder work is to come as Iraqi military units face fighting in a city of nearly 1 million people that remains populated. Kurdish forces are not participating in the operation.

“Iraqi forces have struggled in urban operations, and Ramadi will be tough once they enter the city itself,” he said, asking that his name and his nationality be withheld so as not to be seen as critical of the troops he helps mentor.

The operation to encircle Ramadi began in earnest on Wednesday after months of speculation.