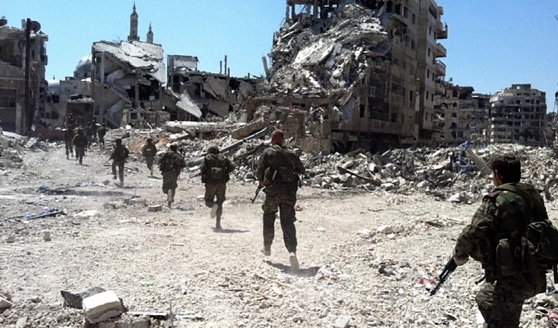 A hospital operated by Médecins Sans Frontières in Homs has been partially destroyed in a “double-tap” barrel bombing, a signature tactic of the Syrian government’s air force, the charity has said.

The strikes on Saturday on the hospital in Zafarana, a besieged town in northern Homs, killed seven people including a young girl, MSF said in a statement, and prompted an influx of wounded into nearby field hospitals, some of whom died on the way.

Catch more of this embarrassing propaganda at: The Guardian