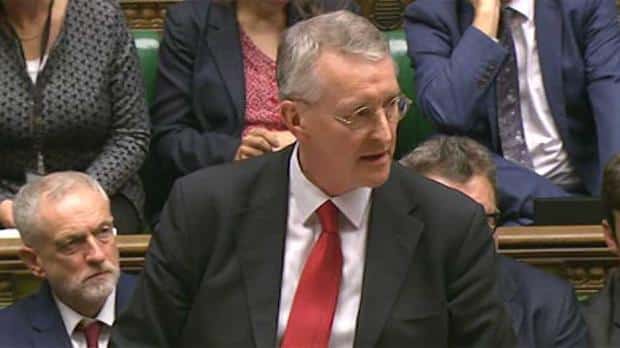 After his very public humiliation by pro-war rebels in the House of Commons, and with more to come from the dysfunctional Blairite rump of the Labour party, Jeremy Corbyn might do well to cut his losses and go his own way.

Its integrity is in tatter, brand image beyond repair, and the very voters it needs to win round regard it as a joke. And the thousands who became your supporters in the heady days of the leadership campaign, exhilarated and inspired by the promise better politics, are dismayed that their high hopes can never be delivered through such a bitterly divided party machine.

Those senior Labour MPs and shadow ministers who supported the Tory warmongers in the Syria bombing debate leave an ugly blot on an already ugly political landscape. The speech by Hilary Benn, triumphantly applauded by Tories and praised in the media, was nothing less than an act of treachery. The way it played on human fears, ignored operational shortcomings and discounted the risk of reprisals against ‘soft’ targets on our streets was nauseating. Benn’s scare tactics were exactly what the warmongers wanted to hear and his performance guarantees him pole position in whatever power-grab the Labour parliamentary mutineers are hatching .

Anyone reading Benn’s recent speech to Labour Friends of Israel, in which he dishonestly calls the rogue state “a vibrant democracy”, talks of shared values and claims the bonds between it and the Labour party are “strong and run deep”, could guess where his sympathies abroad really lie. What’s puzzling is how he of all people came to be appointed shadow foreign secretary.

The chief offenders on the Labour benches – the Blairite rump – previously shamed the nation by blindly voting for the Iraq war 12 years ago. By last Wednesday they still hadn’t learned the grim lessons and eagerly trooped into the lobbies to vote for war in Syria. They are beyond redemption.

Furthermore the rising generation of supporters are not impressed by Benn’s trumpeting of Labour ‘internationalism’. That is what shackled the UK to the EU, to be milked by a corrupt and unaccountable bureaucracy and legislated to death by a greedy system over which we have practically no control. Today Labour still thinks it a good idea to outsource our government, so now we are at the mercy of EU secret negotiations on TTIP, which aims to make our public services and strategic industries easy prey to US corporates. Thankfully people are wising up to the nonsense preached by Labour in the past.

With more weighty issues looming – Trident, the EU, TTIP – expect more humiliation as the usual suspects conspire to back the Tory agenda. These further betrayals will be the final nails in Labour’s coffin.

It would be futile to spend the next four-and-a-half years trying to repair the irreparable. Far better to spend that precious time building something new from scratch – clean, worthwhile and without Blairite baggage – taking your huge band of supporters with you before they melt away.

The Labour Party is a relic of the past. Let the Benns, Watsons, Eagles, Coopers, Burnhams and Milibands have it, and welcome. There are more important things for you to do than continually wrangle with them over who captains the sinking ship.