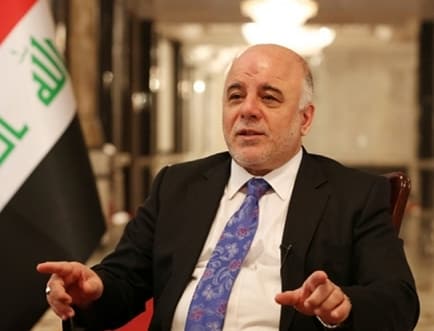 Turkey sent approximately 130-150 soldiers to Northern Iraq on Friday. Turkey claims that its forces that are deployed near the city of Mosul are tasked with training Peshmerga, which has been involved in the fight against Daesh, also known as ISIL. Ankara has not received or even asked Baghdad’s permission for dispatching its troops to Northern Iraq. The Turkish troops crossed the border even without any coordination or knowledge of Iraq.

Al-Abadi’s order comes after the Iraqi National Security Council in a statement on Sunday warned that if Turkey does not call for withdrawal of its troops from Nineveh province in Northern Iraq, Baghdad reserves the right for using any option against Ankara.

Earlier today, Al-Abadi said Baghdad may use all the available options, including an address to the UN Security Council, if Turkey fails to withdraw its troops from northern Iraq within 48 hours.

Earlier today, Head of Iraq’s Badr Organization Hadi al-Ameri said his forces are fully prepared to launch strikes at the US military bases and Turkish troops in Iraq.

“We will target all the military bases of the US in Iraq,” the Arabic-language al-Mosle news website quoted al-Ameri as saying in reaction to the US interferences in Iraq.

He, meantime, pointed to Turkey’s interferences in Iraq, and said, “The Turkish government should know that we will destroy all its tanks if it does not withdraw from the city of Mosul.”